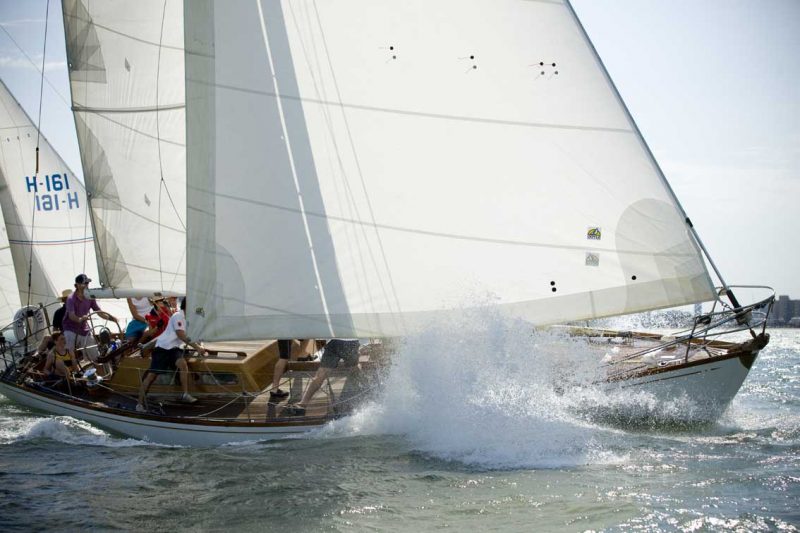 Built for a Queensland silk screen printer, Robert Rusk.  She is named after the printers ink colour ‘Cyan’ (a duck egg blue).

The current owner has the Sparkman & Stephens drawings from New York of design No 1599 for Robert Rusk, dated July 1960, which have some markings of the minor changes initiated by Ron Swanson.

Her twin is ‘Margaret Rintoul II’ which was recently renamed ‘Spirit of Koomooloo’ by owner Mike Freebairn after the tragic loss of his great love Koomooloo in the 2006 Sydney to Hobart Race.

In 1998 she was refurbished in the Woolwich Marina. She has had five owners prior to being sailed to RYCV, most notably Bill Manning ,a great yachtsman who sailed her from Royal Sydney Yacht Squadron for 19 years, including races and cruising to Lord Howe Island and in the Gold Coast Classics. Bill & his wife Deirdre were married on Cyan in 1998 so it was with great sadness that she was passed onto the next custodian of this classic cruising yacht in 2007. 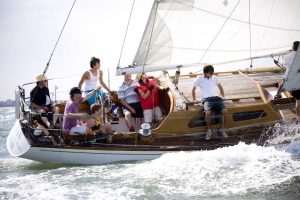 Cyan now graces Hobson’s Bay in the CYAA races, where there is balanced attention to detail by her crew.

Information Courtesy of the Classic Yacht Association of Australia

Brest: the world’s largest maritime festival in photographs by Nigel Pert & Dan Houston with a … END_OF_DOCUMENT_TOKEN_TO_BE_REPLACED