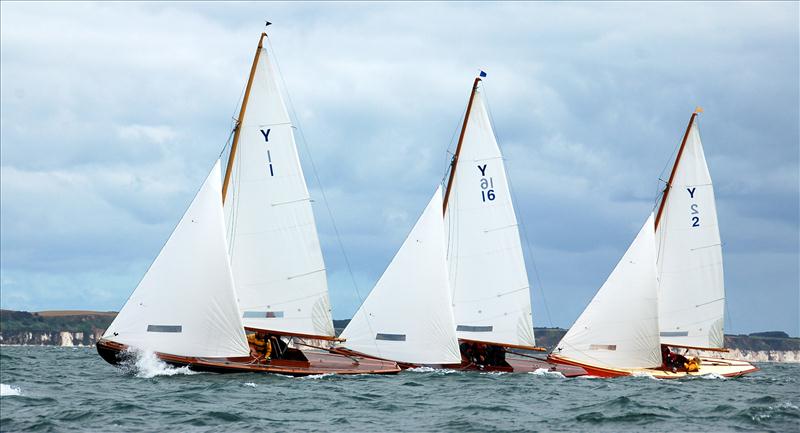 Patience seen here in the middle

The Yorkshire One Design (YOD) was built by Field & Co of Itchen Ferry, Southampton, and designed by their yard foreman. At 25’6” loa, 6’9” beam and 3’6” draft, with a long cast iron keel and 5cwt internal ballast, they were planked up in larch on oak, and weighed about 2 tons. Compared with conventional yacht building practice of the day, they were lightly built, and deliberately so, as they were built to last only 5 years, the time span within which their Owners predicted that they could bring the 20 Ton Rule to an end.

The original rig was for a vertical gunter lug mainsail and working foresail, supplemented by a reaching foresail and spinnaker. The spars were solid, the mast not to exceed 20’ from deck to truck. No bowsprit was allowed and the spinnaker boom had to be of such length that it could be swung across the boat between mast and forestay when at deck level. It had to be attached to the mast by gooseneck or similar means, and setting it from the shrouds, Samson post or the topsides was prohibited. Designed to stand up to North Sea conditions, and drawing only 3’6” they were well suited to the tidal harbour at Bridlington wherein they take the ground at low water twice a day. The boat is ‘cod-headed’, the maximum beam being well forward, in way of the mast, which earned her the reputation of being un-capsizable and “even in the worst weather a bucket will help keep down to a safe level any water that finds its way below”. The YOD proved to be very popular, a fact which did not escape the notice of many members of the RYYC. 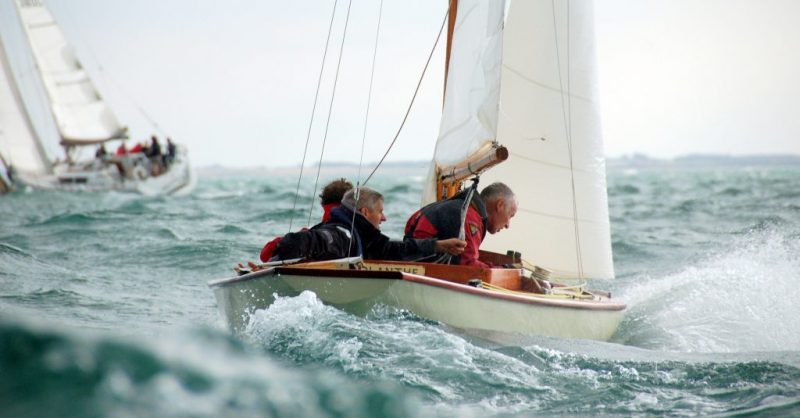 When delivered to Bridlington, each of the eight boats was numbered with roman numerals from 1 to 1X carved into the corner post at the forward end of the coamings forming the large, pointed, open cockpit. Traditional sail numbers were displayed on the cotton mainsails, but because the numbers were applied back to back, on sunny days 3 appeared as 8. It was for this reason that the original fleet of 8 was numbered to 9: YOD No 3 never existed.

Brest: the world’s largest maritime festival in photographs by Nigel Pert & Dan Houston with a … END_OF_DOCUMENT_TOKEN_TO_BE_REPLACED