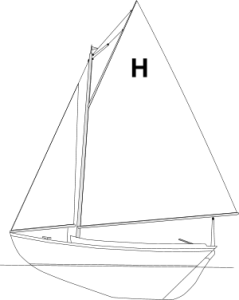 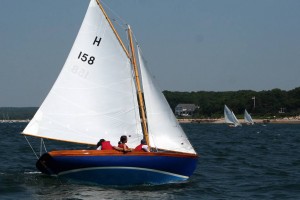 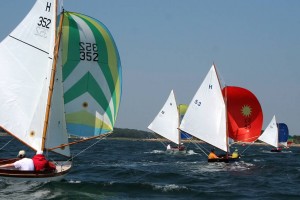 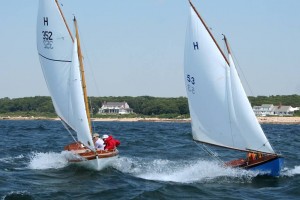 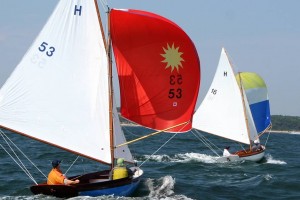 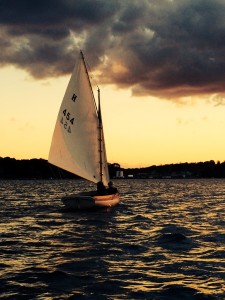 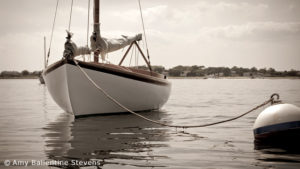 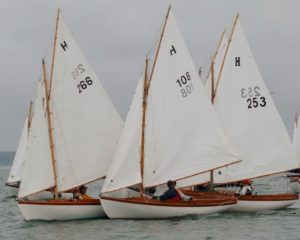 Designed in 1914 by Nathaniel G. Herreshoff as a boy training boat for the waters in Buzzard Bay. The boat was built for yachtsman that wanted a boat for their children that was easy to handle.

It has been in continuous production since then, and is nearly universally acclaimed as one of the finest small boats of all time. He was 66 years old by then, and had all the experience from a full and legendary career of designing and building yachts. He had already accumulated 5 of the never-matched record of 6 consecutive America’s Cup defenses, and 6 consecutive victories.

The Herreshoff Manufacturing Company took the first orders for the 12 1⁄2 footer in 1914 and built 364 wooden hulls through 1943. Following the closing of HMC production, the Quincy Adams Yacht Yard was licensed by HMC to build the design. Quincy Adams used the Herreshoff builder\’s plate, and built 51 hulls from 1943 through 1948. The Quincy Adams boats had hull numbers in the 2000\’s, and were planked with mahogany rather than the white cedar used by HMC. They also have something of a reverse sheer forward.

Another company, Doughdish, Inc., is building a fiberglass version of the 12 1⁄2. Since Cape Cod\’s rights prohibit anyone else from using the trademarked named “Herreshoff 12 1⁄2”, the boat is called Doughdish. The molds were created by taking the lines from three original wooden hulls. Bill Harding, the creator of the Doughdish, took great pains to ensure his boat was an exact replica of the original, even eschewing the weight reductions afforded by fiberglass construction to ensure the Doughdish is authentic in every way (other than building material). In fact, the Doughdish is allowed to compete against the original wooden boats in association regattas, while the Cape Cod Shipbuilding 12 1⁄2 is not. Finally, since 2006 the Herreshoff 12 1⁄2 is once again available in wood from Artisan Boatworks of Rockport, ME.

Information Courtesy of The Herreshoff Registry

Brest: the world’s largest maritime festival in photographs by Nigel Pert & Dan Houston with a … END_OF_DOCUMENT_TOKEN_TO_BE_REPLACED