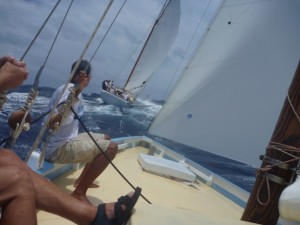 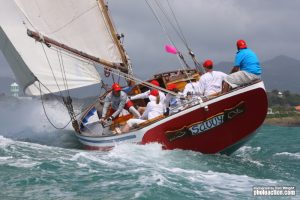 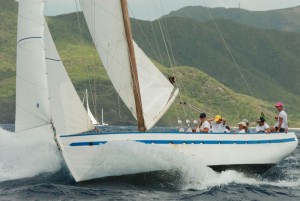 Sloops of all sizes ply the waters between the islands of the southern part of the Grenadines and Grenada, and the Carriacou sloop has a very high reputation locally. Carriacou sloops are not only fast, sturdy and ideally suited to these waters, but also slim and light and really quite beautiful in their own right.

A major tradition in Carriacou is the building and launching of the renowned Carriacou sloops, characterised by crowds descending on the boatbuilding beach site from neighbouring villages and a hell of a lot of noise all round. It’s the sort of boisterous and colourful occasion that is part of the charm of the Grenada region.

Boatbuilding in Carriacou has always been a communal activity, and there’s even been some significant Scottish involvement. The Windward village on Carriacou was home to a small group of boat builders who came here from Scotland in the 19th century. They blended in with the native Creoles and Africans, and their skills were taken up by the islanders to augment their own traditional practices of boatbuilding.

When a sloop has been completed on the beach, which is the traditional site for boatbuilding on the island, a huge number of men, women and children from adjoining villages arrive for one big party as the boat is pushed out to sea. Timbers are shoved at points below the keel, a thick rope wrapped about the hull and supports removed to loud cheering and singing. Logs are placed in front of it to slide it down to the beach, with men running frantically from stern to hull with logs as they emerge at the back. Each boat launch is a re-enactment of a tradition that has been going on for hundreds of years.

Sometimes the sloop gets out of control and there’s a collective and noisy panic as it’s righted with ropes and set back on course. Finally it slips majestically into its natural environment, the sea, like a rescued beached whale. The joy at launching the boat is akin to letting a caged bird fly free – these sloops are living things to the islanders.

Sloop building involves a number of stages. The correct types of wood have to be located and selected, a suitable whole tree for the mast has to be searched for in the forests of Carriacou, there are often storms to be battled that threaten to blow the half-finished sloop away down the beach, and then there’s the grand ceremony of the launching. 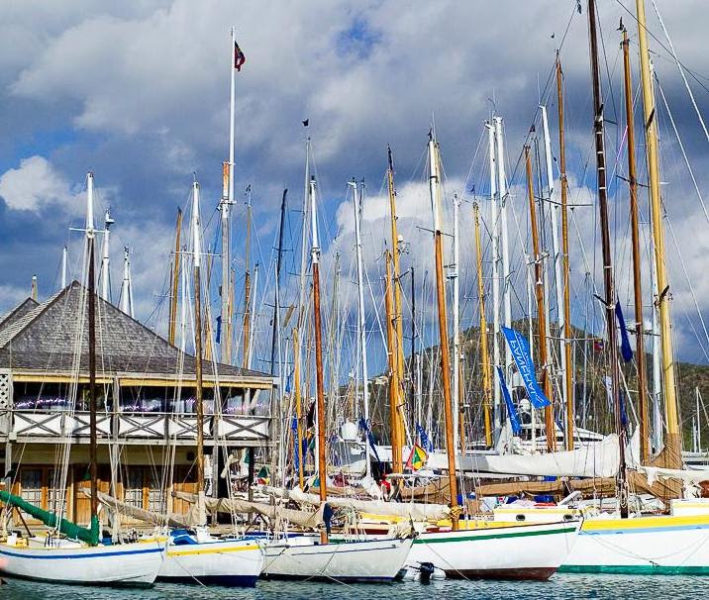 The making and usage of sloops used to be a thriving local industry on the island, and even forty years ago they were everywhere, transporting and discharging goods, speeding through the turbulent waters piled high with fruit and even livestock, and a general hive of activity in every port of the southern Grenadines with sloops at its centre. They were an essential and traditional element in inter-island commerce and as much a part of the islands’ character as the ferries criss-crossing the Sea of Marmara define Istanbul today.

Carriacou sloops at one time were used in smuggling and their speed was an essential asset in beating the customs men on their sleek cutters. Racing seems to be in the islanders’ blood, the thrill of the chase perhaps not forgotten and this element of competition has developed into the Carriacou Annual Regatta, a popular event on the island that attracts visitors from around the world.

Brest: the world’s largest maritime festival in photographs by Nigel Pert & Dan Houston with a … END_OF_DOCUMENT_TOKEN_TO_BE_REPLACED