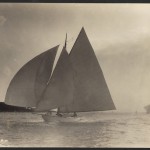 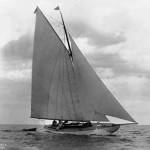 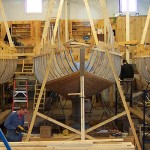 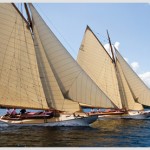 Buzzards Bay 30s were originally built in 1902 by the Herreshoff Manufacturing Co. of Bristol, R.I.  The 47-foot yachts were ordered by the Beverly, Mass., Yacht Club and were raced as a class.

French & Webb was selected to restore three of these 30-foot class sloops. These yachts, in varying stages of disrepair, were restored to their original Bristol condition using materials, hardware & details specified in their Herreshoff plans. Where possible, the same species of woods as on the original boats were used, including double planking of cypress and fir with a bedding of thickened shellac between them. The new BB 30s are living testament to last century’s golden age of yachting.

Brest: the world’s largest maritime festival in photographs by Nigel Pert & Dan Houston with a … END_OF_DOCUMENT_TOKEN_TO_BE_REPLACED