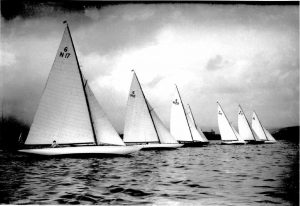 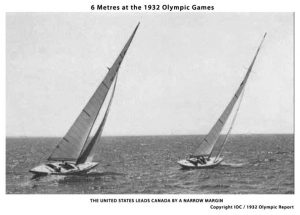 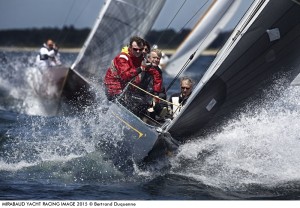 The modern look of the 6-Metre 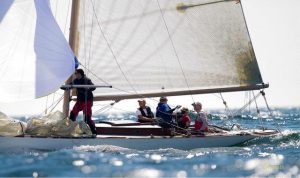 Introduction to the The Six Metre – 100 Years of Racing, written by Olin Stephens

“As a retired yacht designer I hope readers will find me justified in outlining technical developments as they affected the Six Metre class throughout its acceptance and growth, as those were the considerations that seemed important to me at the time.

In early days, such developments in naval architecture and yacht design seemed to occur in spurts and have resulted from the individual vision of one man, such as Isaac Newton in the last half of the 17th century, who offered the reach of calculus. This was followed by studies of the dynamics of ships in motion, of which the most comprehensive were carried out by a French scientist, Pierre Bouguer in association with the University of Basle, Switzerland, with his detailed studies of elements, in fields like hydrodynamics and rigging design. I introduce Bouguer because his work led the way to predicted performance which, after a gap of 200 years, Kenneth Davidson’s concentration on the performance in the Six Metre class led the way to its exceptional growth.

Davidson, as an engineer and a sailor, was the first person to envisage the use of very small models for tank tests, in place of the large ones then required by current practice. These were roughly 18 to 20 feet long and weighed in the neighbourhood of a ton. It happened that in searching for a known model to test he came to my office on City Island, New York City, where I had a model of the Six Metre Natka, which had been made by my brother Rod and which he had used in experiments on rigs. Using this model, Davidson continued towing experiments on which his valuable 1936 paper was based.

At the turn of the 19th and 20th Centuries design activity was associated internationally with increased in classification and rating rules. The fastest boats, both large and small on both sides of the Atlantic were poor sea boats with light displacement and very long ends. In the US Herreshoff’s “Universal Rule” came into being as a corrective and in Europe in 1906, international conferences met in the UK under the auspices of the Prince of Wales, which produced the First Interational Racing Classes Rule, initially for European use. Subsequently, in 1921 after international discussion and with only partial agreement within the US, Boston and Marblehead holding out, this rule was adopted by the new NAYRU and the NVYC for classes smaller than the 12 Metre class. It became the prototype rule for the Six Metre class and developed into a modified rule known as the Third International Metre Rule.

Back in the 1930s yachts were considered old after 20 years or less. That age would be doubled today without any surprise, while even older and badly deteriorated hulls are now picked up by delightful owners who spend freely to restore them and it is interesting to speculate just why. Certainly the best materials were available before the Second World War and the best yards then had skilled shipwrights. Perhaps in this age of mass production, there is reassurance of craftmanship and value in the older and simpler hulls.

Appreciation of individually created art is as old as man himself, but the high status of other useful objects such as yachts has come about in only very recent times and with Six Metres only within the last 15 years or so. Am I right that this is new? To be unique contributes value and is surely part of the charm that the Six Metres most certainly have.”
(Extract from The Six Metre – 100 Years of Racing, edited by Pekka Barck and Tim Street.) 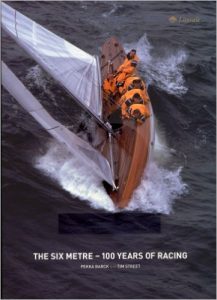 On the International Six Metre Association website a timeline has been built for the class and can be found at the Evolution of the 6 Metre Class.

Brest: the world’s largest maritime festival in photographs by Nigel Pert & Dan Houston with a … END_OF_DOCUMENT_TOKEN_TO_BE_REPLACED