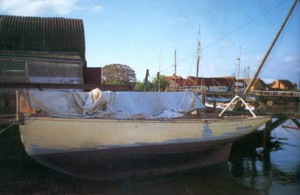 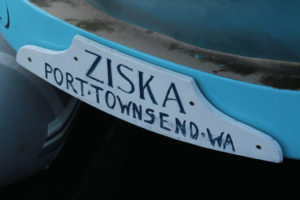 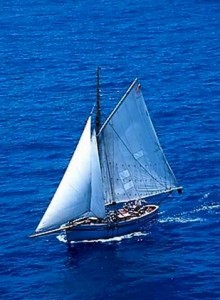 Ziska was first launched on 28th January 1903. For the first 20 years of her life she was very successfully raced on the coast of Ireland, mostly sailing out of the Royal Cork Yacht Club, where she is well remembered on the silverware. After that she was used as a family cruising boat until being laid up for the Second World War from which she didn’t really recover. In the early 1970’s she was taken to Cowes where what was to be a 30 year rebuild began.

Fate brought me into her life when I was sailing past Cowes aged 19, and changed my plans and course in more ways than one. I spent the night in Cowes Marina and discovered Ziska laying ashore in a sorry way. Also in the hands of fate was the meeting of her owner on my walk back to Merganser. Within half an hour we’d done a straight swap! I had Ziska taken by road to Essex where I completed her rebuild part time while building a 48′ wooden cutter for the yard. I replaced the stem, sternpost, several planks, deck, rig and interior. Her mast was stepped shortly after my 21st birthday and 30 years after the restoration was started.

After a winter on the South Coast of England, Ziska and I left England in August 1999 for 4 years of traveling under sail. I found her to be a competent sea boat, fast and weatherly despite having only 1’10” freeboard aft. I often wondered what the old foreman who built her would have thought if he knew Ziska would be racing in Antigua, West Indies on her 100th birthday! Ziska was sold in June 2003, 2 months before I commissioned the Sally B. 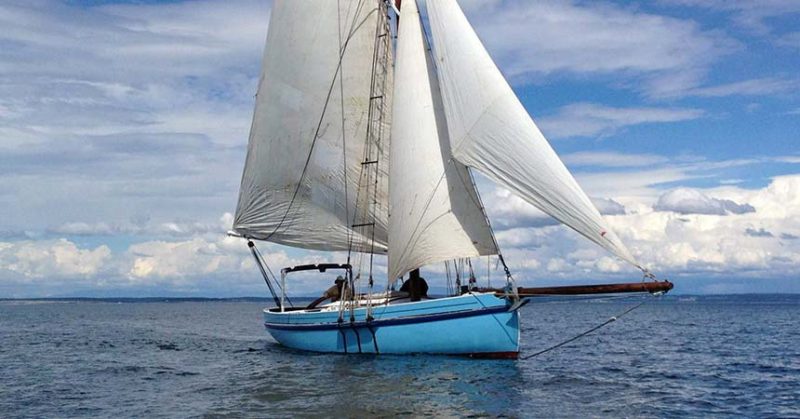 “Ashley sold her in 2003 and she spent two years doing charter sails on Chesapeake Bay. She was then sold to a tall ship sailor and shipwright, Clint Thompson who moved her to Port Townsend, Washington, where he and his young family lived aboard for 6 years, cruising locally. She was then passed to an owner who managed to keep her afloat for 4 years. I bought her last August, hauled her out to my shop, a few miles from Port Townsend, and am giving her a few upgrades including new spars, rig, and sails; a new saloon; and a few changes on deck. Plans are to race her in the 2018 Race 2 Alaska, starting June 14th.”
Information courtesy of Stanford Siver
Photos on https://www.facebook.com/svZiska/
“Ziska completed the R2AK Race to Alaska, from Port Townsend, Washington State in 2019. Logging 1282NM tacking up a 750NM journey through the passages through British Columbia to Ketchikan, Alaska in 15 days. No she didn’t win but she won the hearts of many for being gorgeous and the oldest and heaviest boat to enter the race.” Stanford Siver
Photos: https://www.dropbox.com/sh/9ivuqk22nxfyxyz/AADygHBnZqoBEDwb4pR9HdExa?dl=0

Brest: the world’s largest maritime festival in photographs by Nigel Pert & Dan Houston with a … END_OF_DOCUMENT_TOKEN_TO_BE_REPLACED