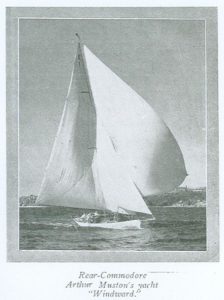 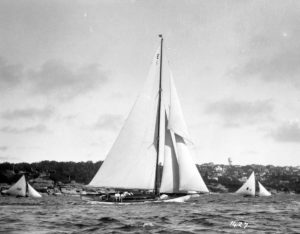 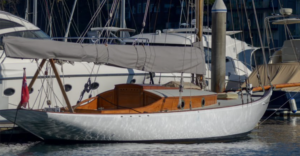 Windward I after restoration

WINDWARD I is a timber racing sloop built in 1923 in Sydney, NSW. She is a significant example of a post World War I Australian designed and built yacht associated with the continued development of yacht racing on Sydney Harbour, and an example of a yacht constructed by James Hayes and Sons. She has had a small number of owners and changes to the rig and has now returned to her original rig plan. 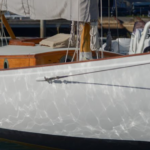 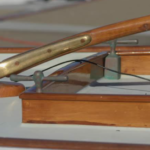 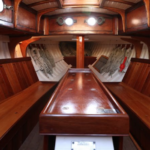 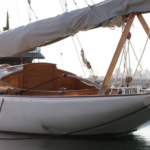 The gaff cutter rigged yacht WINDWARD I was designed by J W Pickering of Snails Bay, near Balmain, NSW for Arthur Muston. Little is known of Pickering’s background; however it is likely he was related to another Pickering from Balmain who designed a linear rater called HERRESHOFF early in the 1900s. Muston was a well known figure on Sydney Harbour, and one of a group of yachtsmen from the eastern suburbs who formed the Prince Edward Yacht Club early in the 1920s

James Hayes and Sons built the 11.89 metre long WINDWARD I in 1923 at their Careening Cove yard. The yacht raced for many seasons on Sydney Harbour, winning the Morna Cup, Revonah Cup and Gascoigne Cup at different times. By the 1930s Muston had changed the boat over to a tall Bermudian rig. The carvel planked hull is shallow draft with a centreboard, but there is evidence that an additional piece of deadwood and ballast was added externally under the original wood keel, and this may have been done when the taller rig was put on. At some later point she was then re-rigged as a yawl. 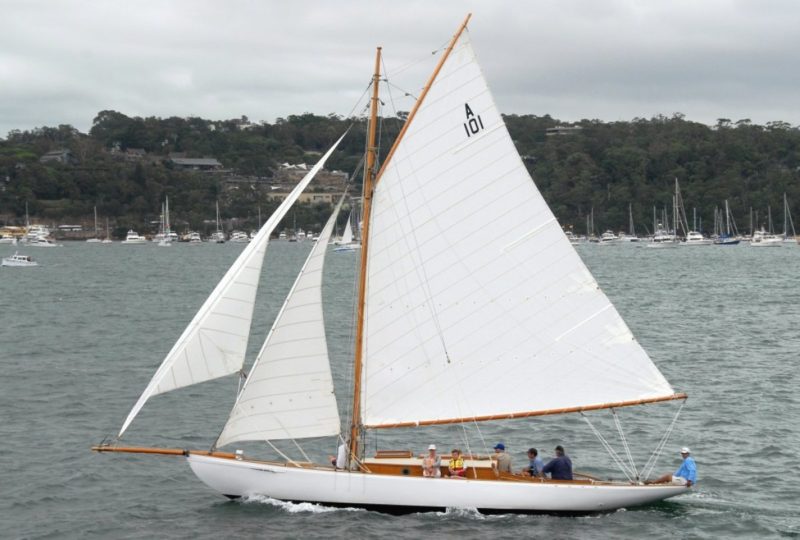 In 2006 WINDWARD I has been restored to the original gaff cutter configuration, based on a surviving plan of the rig from 1923. The layout has been revised to be more open with no bulkheads, and almost all of the original timber work and trim has been retained. WINDWARD I will now be used as a daysailer on Sydney Harbour and Pittwater.

Information courtesy of Domenico Giuffre and the boats’ website: www.windward1923.com

Brest: the world’s largest maritime festival in photographs by Nigel Pert & Dan Houston with a … END_OF_DOCUMENT_TOKEN_TO_BE_REPLACED