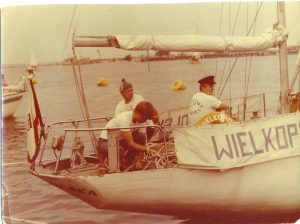 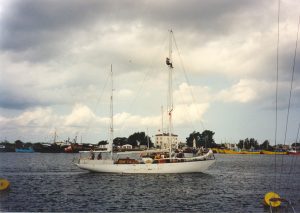 Built between 1958-1962, all money for the building of the yacht were provided from funds raised by selling marine calendars and postcards.

Originally planks were made from larch and ribs from oak. She has proven her seaworthiness in a first cruise, when carrying safely the crew
for 4 days in a storm reaching Force 12.

She has been sailing mainly on the Baltic Sea and she has visited the Netherlands, Belgium, France and England. The yacht changed owner quite often,
which was the main reason she was in such a bad condition after less than 40 years.

In 1964 she had an ill-fated cruise. During a Force 9 storm the Captain decided to abandon the ship as there was a risk of drifting onto rocks.
She was stranded on a beach of Oland thankfully without great harm to the hull.

After the accident she was sent to Gdynia for an overhaul.
During the next years she has made many cruises. The masts were changed from wooden to aluminium probably because of their condition due to age and most likely bad maintenance.

In 1999 a bad period began – she went into private hands of a tenant who left her in ice for two years.
She later was hauled out of the water in 2002 and, unsecured, started to fall to ruin.

In 2010 she was bought by a private owner and in 2015 her reconstruction has began.

A new stem has been glued in, lower parts of ribs that were rotten have been replaced and new moulded beams have been made.
She will have all her planks changed, a different superstructure and interior. The aluminum masts have already been cut into pieces and will be replaced with wooden ones! 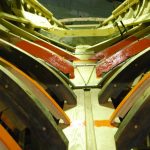 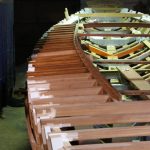 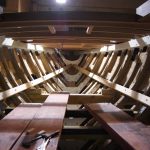 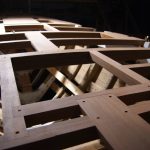 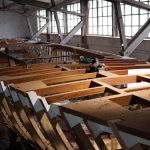 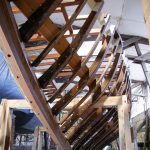 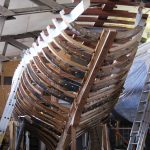 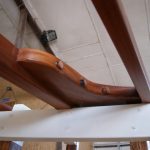 The reconstruction can be followed here: https://www.facebook.com/complexjacht/

Brest: the world’s largest maritime festival in photographs by Nigel Pert & Dan Houston with a … END_OF_DOCUMENT_TOKEN_TO_BE_REPLACED