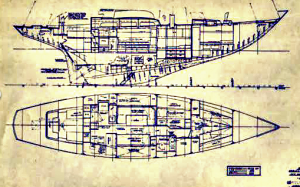 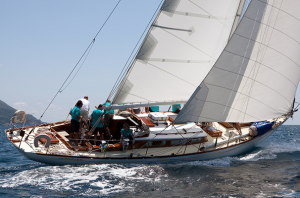 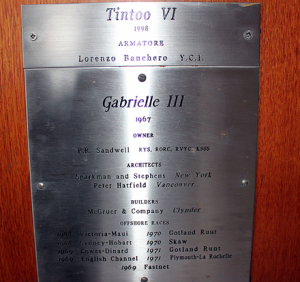 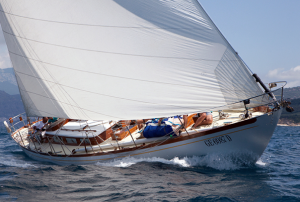 “Tintoo VI, formerly Gabrielle III, has had only two owners – her first was for 30 years and her second – in all honesty – are not sure they can bring themselves to replace her. Her well proven Sparkman and Stephens pedigree speaks volumes but it is her ease of handling and sure footedness that seem to impress so as to make her hard to part with. Her abilities – She can be sailed by only two or raced with a full crew complement – have been rewarded with loving attention and she has been skipper maintained since 1997. In recent years she has joined the sweeping sheer lines and long overhangs redolent of the classic Mediterranean veterans, however TINTOO is more rugged and with a blue water performance that many of the classic fleet simply could not match.”

Brest: the world’s largest maritime festival in photographs by Nigel Pert & Dan Houston with a … END_OF_DOCUMENT_TOKEN_TO_BE_REPLACED