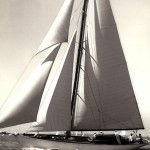 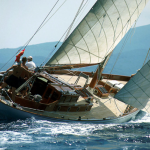 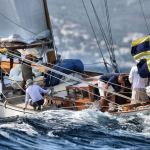 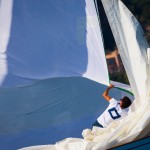 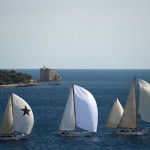 Eilidh, The Blue Peter and Eilean race west across the Bay of Napoule. 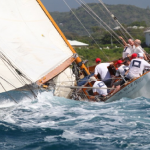 “The Blue Peter was launched in 1930, although the teak used in the construction of her hull was brought from Thailand in 1870.

Her first owner Desmond Molins decided in 1938 that he wanted a bigger boat, but he loved The Blue Peter so much that he decided to have her lengthened by nearly 10 feet. She remains true to these plans to this day.

She was named The Blue Peter for luck, after the ‘P’ flag, which is used as the preparatory signal before starting a race.

It worked. She won over 50 races in and around the south coast of England over the next 20 years, sailing out of The Royal Corinthian Yacht Club in Burnham-on-Crouch.

The Blue Peter passed into Italian ownership after the war. She had three different Italian owners before her present owner, Mathew Barker, bought her in 1999.

In 2012 she raced in the Panerai Transat race from Cascais to Barbados. She then continued onto the Caribbean for the classic regattas.   In Antigua Classics, and in a big swell, her chain plates gave way and her mast came crashing down. 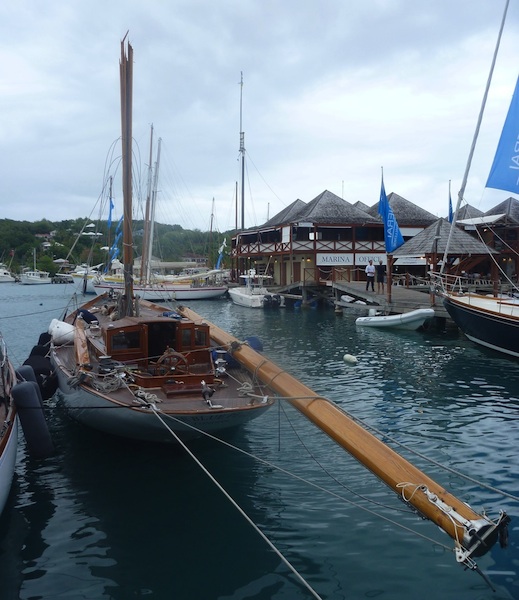 The Blue Peter was out and racing again for the 2013 Mediterranean regattas in August with a new fractional rig.

January 2015 – The Bluey enters the Panerai Transat for the second time, on this occasion from Lanzarote to Martinique. 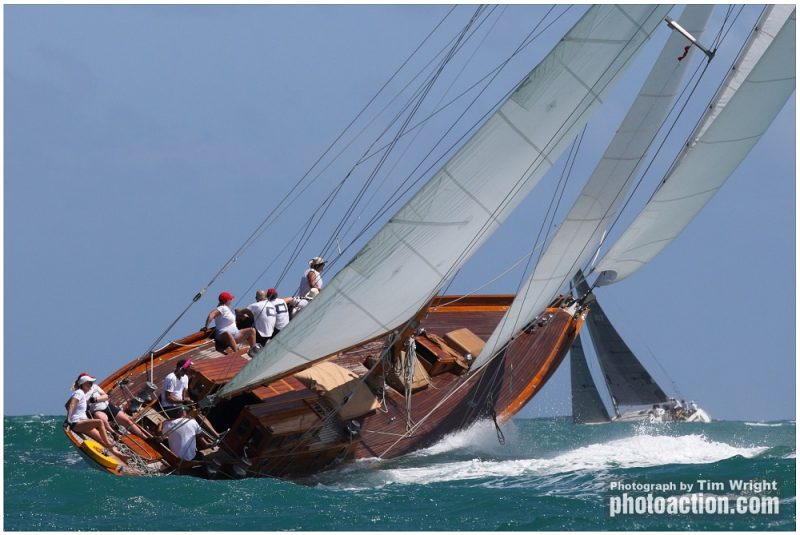 During 2015, 2016 and 2017 she spent her seasons sailing in the Caribbean regattas and on the East coast of the US. This could include time in the upcoming America’s Cup in Bermuda in May/June.

Brest: the world’s largest maritime festival in photographs by Nigel Pert & Dan Houston with a … END_OF_DOCUMENT_TOKEN_TO_BE_REPLACED