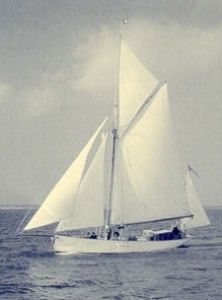 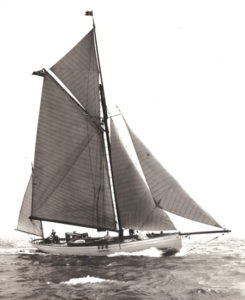 Claud Worth designed this yacht for himself and she now lies in the Channel Islands.   Written about in Claud Worth’s book ‘Yacht Navigation and Voyaging’ – Chapter XXXII  ‘Suspect that it is the same Tern IV that was sold by the Square Rig Shipping Co in Charleston (Cornwall) several years ago (2010)’.

Below Information courtesy of Bill Stahl.

“Roger and Joy Fothergill sailed her to St Thomas, USVI, in the early 1960’s and ran her as a very successful charter yacht until they retired and sold her in 1982. They sailed without engine throughout the British Virgin Islands and knew every anchorage. Rarely docking, all food, water, and supplies were ferried out by skiff, usually anchored off Red Hook, St Thomas.

She was later rigged as a gaff topsail cutter. While chartering with minimal crew, her main was “brailed” into the mainmast mostly to avoid hoisting on the halyard. Only one crew person was needed”.

Below information and photos courtesy of Murray McLeod 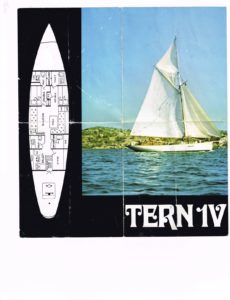 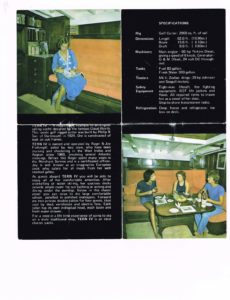 “…..I was a crew member aboard in Spring of 1978.  We had no charters during that period as the season was about over when I came aboard.  Did help sail the boat from the BVI to St Lucia for hurricane protection that year.  Stopped at many islands along the way.  Was a very memorable time for me!   The Fothergills were very nice people as I recall.  Each crewmember got one shot of rum per day, and Joy would smoke one cigarette every Sunday evening as her “vice!”
One day, while sailing in the BVI, the brail lines become stuck for some reason and we had to lower the gaff to the deck to fix things.  Boy was that an effort, and a mess.  It really reinforced how convenient the brail lines were for stowing the sail!” 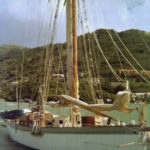 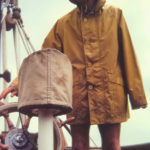 Roger Fothergill on board Tern IV 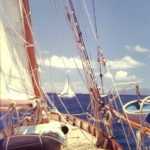 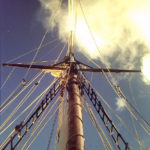 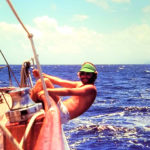 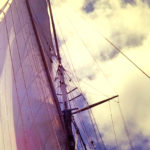 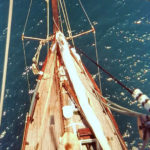 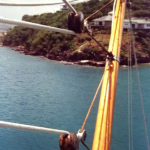 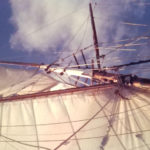 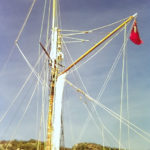 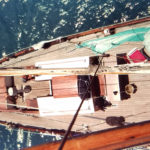 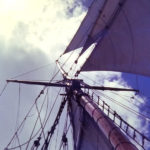 Owned by Charles Watson between 1989 to 2000. During these years she was refastened and equipped with new sails and a new engine. “…she sailed beautifully and attracted much attention”.

Brest: the world’s largest maritime festival in photographs by Nigel Pert & Dan Houston with a … END_OF_DOCUMENT_TOKEN_TO_BE_REPLACED