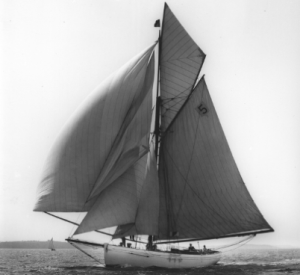 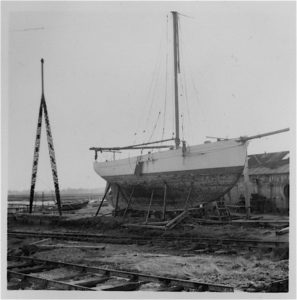 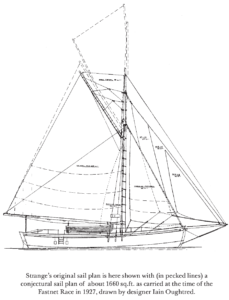 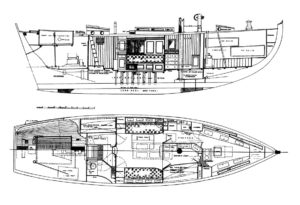 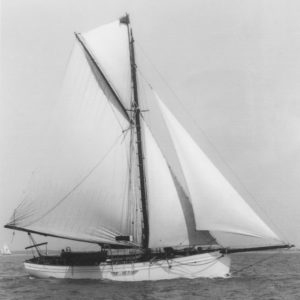 Tally Ho is Albert Strange’s design number 96 “Betty”, designed in 1909 for Charles Hellyer. A comparatively unusual design for Albert who is best known for his canoe-sterned gaff yawls. Betty was a transom sterned gaff cutter.

The cutter offers more space in the same length as the canoe yawls and Charles Hellyer needed her to fit well into his home harbour. 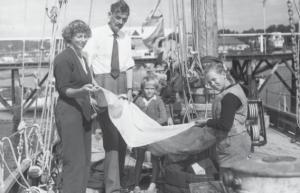 She took part in the 3rd Fastnet Race in 1927 and in testing conditions finished second over the line to the 30 ton Alden schooner ‘La Goleta’, but won the Fastnet Cup on corrected time.

After many adventures she was left in a remote port in Oregon to rot for decades, despite some valiant attempts to rescue her. She was close to being broken up before an appeal was made by those who recognised her pedigree, value and beauty.

2017- With not many days left to live she was fortunately bought by Leo Sampson Goolden who moved her to the Olympic Peninsular and started ‘to rebuild her from the keel up’. Leo has put together a fantastic VLOG of the restoration that can be found on his website (www.sampsonboat.co.uk/) and on Youtube under the Sampson Boat Co. Channel. You can also become a Patron and donate here.

Below are a couple of the videos.

Brest: the world’s largest maritime festival in photographs by Nigel Pert & Dan Houston with a … END_OF_DOCUMENT_TOKEN_TO_BE_REPLACED