Suantrai is the most northerly of the S-Class boats in the UK, lying at Aithsvoe in Shetland. Iain Skinner bought her in 2008 at Holy Loch Brokerage in Dunoon and had her trucked back home to the Shetland Isles. Iain writes: ‘Much as I would like to boast a North Sea crossing, Suantrai arrived by transport – she had a leaking fuel tank and a split mainsail,  so was not really seaworthy for the crossing. Although I live in Sandwick, I moor the boat in Aithsvoe, Cunningsburgh, three miles away, where there is better shelter.’

Suantrai was built in 1952, and for many years sailed on a Clyde Cruising Club sail number. But since Iain had a new mainsail cut in 2010 he also took the opportunity to revert to what was then thought to be the original sail number, S10 (although later information makes it more likely that Suantrai was actually number seven in the build sequence). This is one of the boats with an alloy mast – the original spruce mast has been lost sometime over the last fifty years. That is not too bad for a half century old boat – in fact it is surprising how many of the S-Class retain their original timber masts. 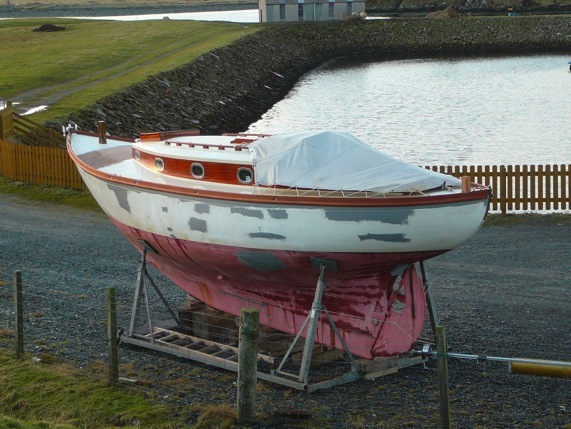 Brest: the world’s largest maritime festival in photographs by Nigel Pert & Dan Houston with a … END_OF_DOCUMENT_TOKEN_TO_BE_REPLACED