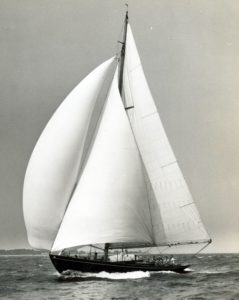 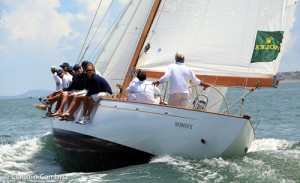 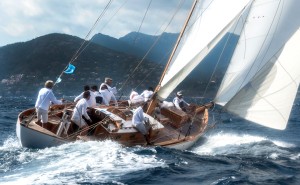 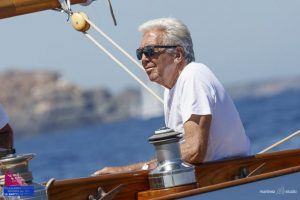 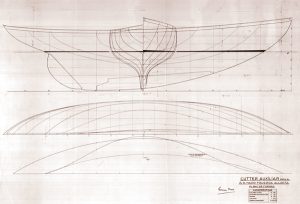 “Sonny was designed by my father and she was also built by him and his business partner, a cousin who was Che Guevara’s father in a boatyard in Buenos Aires,” Germán explains with quite an impressive introduction concerning the Marxist revolutionary and Cuban exile from those tortured times in Argentina. “She was built for a man called Figueroa Alcorta, a real sailor who wanted a double-ender, and my father had already drawn several Colin Archer types, so he drew her canoe stern for him. She was built of South American timbers – cedro [a mahogany type], algarrobo frames and viraro bulwarks; she has an all new deck and coachroof”.

“To save some money, Guevara used iron ballast for the keel so she was very tender at first. My father drew her lines for a lead keel, but he wasn’t there when the boat was being finished and they made her keel in iron. He was not happy with the boat and he took her back and changed the keel and after that she performed very well – he sailed her for two years in local offshore races”.

“After the war there was a shortage of boats to use for fishing in that area and so people were converting boats to fish and Sonny was one of those converted with a much larger engine and a smaller rig.” 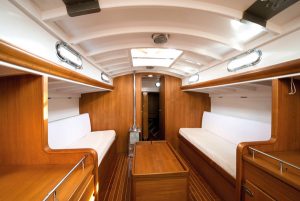 “Sonny was restored by Alberto Szyjka of Astillero Naval Szyjka in San Fernando, in Buenos Aires. A friend found her in 2006 in Quilmes south of Buenos Aires. She was just a hull with no deck or stem. I did the lofting and made moulds from inside the boat to get control of her shape. I used my father’s drawings to rebuild her mast and other fittings. She had wrought iron floors throughout, which were mostly good – we re-galvanised them. We replaced with grown frames on 24in (61cm) centres, with two steamed frames between each one as she was done originally.”

Photos on Szyjka’s website (astilleroszyjka.com) show the work done to bring Sonny back to life. The approach was to recreate her as she was, but with some touches of modernity where it does not detract. So she has a ply sub-deck overlaid with teak, and a large wheel to relay every nuance of the rudder to the helm.

Her restoration was completed in Argentario shipyard for the 2002 season.

Brest: the world’s largest maritime festival in photographs by Nigel Pert & Dan Houston with a … END_OF_DOCUMENT_TOKEN_TO_BE_REPLACED