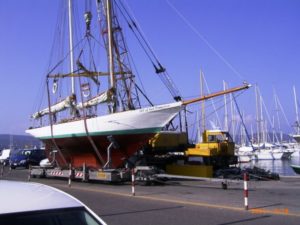 Sif on the hard 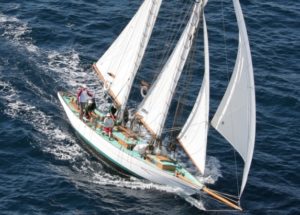 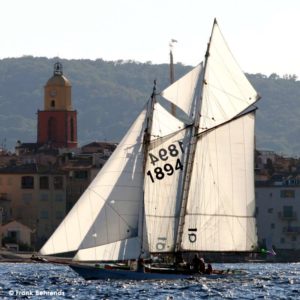 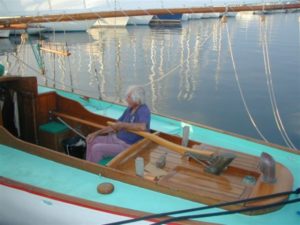 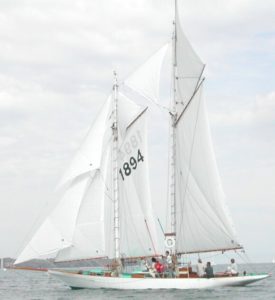 ‘Sif’ is the Nordic goddess and wife of Thor. Her design is believed to have been based on the lines of Herreshoff’s ‘Gloriana’ of 1891.

The next information that we have is of three Danish lads setting of in Sif (now rigged as a gaff schooner – but still with no motor!) on a round the world cruise. The two brothers H. Randrup and K. Randrup and J. Gram departed with SIF from Kobenhaven, according to their brochure, 2 September 1934.

Their voyage ended in Plymouth, England, that year and Sif was acquired by W.J.W. Modley, and ice manufacturer, in Plymouth, who was known to have, or have had other boats named variously ‘Snowflake’ or ‘Icicle’.

He carried out various modifications including the installation of a 1933 Thornycraft “Handy Billy” two cylinder hand start petrol engine. SIF was given British Registry as ‘Icicle IV’ in 1938, with a registered tonnage of 6.81 tonnes.

1985 – Bought by a new owner who extensively restored the schooner who likens her to a mini-Gloriana (Herreshoff design).

Brest: the world’s largest maritime festival in photographs by Nigel Pert & Dan Houston with a … END_OF_DOCUMENT_TOKEN_TO_BE_REPLACED