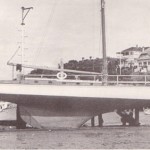 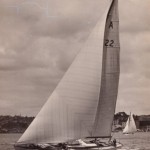 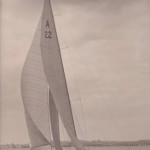 Ranger is undoubtedly one of the most famous racing yachts of Auckland’s sailing history.

Designed and built by local wharfies Lou and Cyril Tercel, she raced virtually unbeaten on Auckland Harbour for 30 years.   She was not named after the America’s Cup defender of the era, but after a schooner named Ranger in which Captain Rough (after whom Rough Rock is named), Auckland’s first harbour master, explored the Waitemata Harbour in 1840.

Ranger’s racing achievements in the Royal New Zealand Yacht Squadron, the Auckland Anniversary Regattas, and various other yacht clubs in Auckland are far too numerous to list suffice to say she was very rarely beaten under Lou’s helming and she and Tercel both became legends of Auckland sailing.   Many yachts were built to be ‘Ranger beaters’ but few ever succeeded.   After Lou Tercel’s death in 1990 Ranger was looked after by her crew, until Ian Cook acquired and completely restored her. 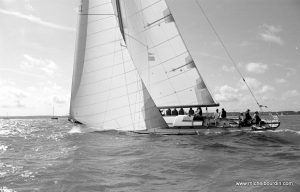 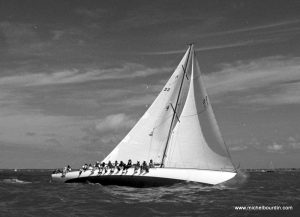 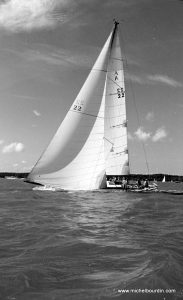 Relaunched in 1999 she was shipped to the America’s Cup Jubiliee Regatta held in Cowes 2001 to represent the Royal New Zealand Yacht Squadron, one of the yacht clubs to have challenged for the America’s Cup.

Information courtesy of The Classic Yacht Association of New Zealand

Brest: the world’s largest maritime festival in photographs by Nigel Pert & Dan Houston with a … END_OF_DOCUMENT_TOKEN_TO_BE_REPLACED