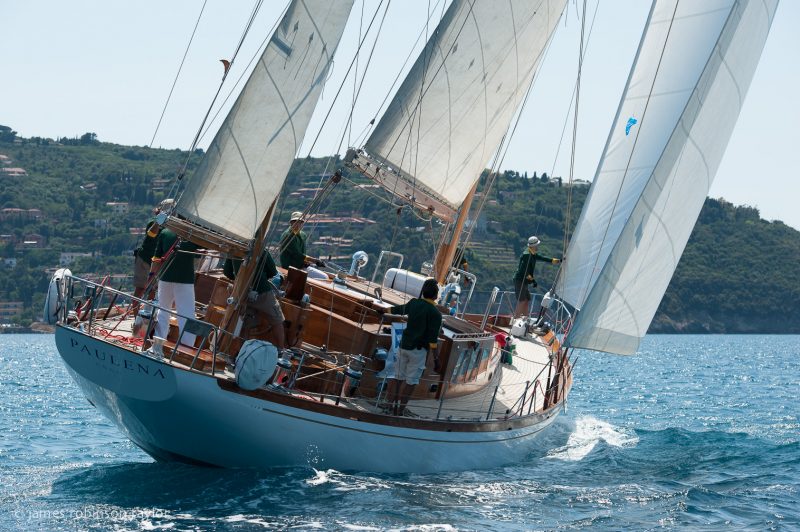 Construction of Paulena began in 1964. She was designed to sail the famous Transpac Race from Los Angeles to Honolulu, and was launched in 1966.
“Following an illustrious racing career, this majestic classic Marconi class yacht with its magnificent polished timbers was adapted to cruise the blue waters of the Mediterranean. It was during her tenure as a luxury cruise sail boat that she was renamed “Caligo“. To enhance the cruising experience, Paulena underwent restorations works managed by the Beconcini and Alfa Yacht group in 2003.
In 2010 Paulena was bought by a syndicate of three French brothers. The French brothers promptly changed her name back to “Paulena” and began structural works to recover the original design in accordance with the “traits Sangermani” class. This put her back at the forefront of ocean racing.”

Brest: the world’s largest maritime festival in photographs by Nigel Pert & Dan Houston with a … END_OF_DOCUMENT_TOKEN_TO_BE_REPLACED