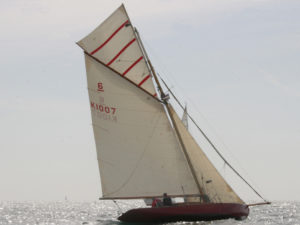 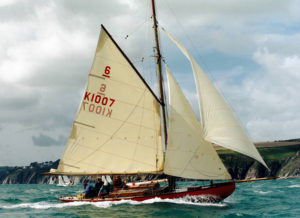 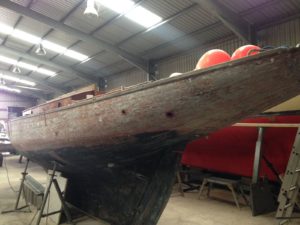 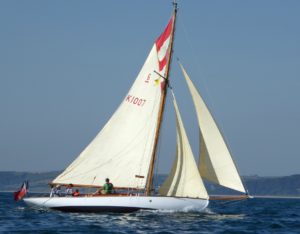 ‘Muriel’ was ‘rebuilt’ twice under the ownership of Paul and his wife Pat. In the 1970s she was converted into a Bermudan cutter with large coachroof for safe sailing with their children.

In the 1990s she was re-fastened, re-decked and re-rigged as a gaff cutter with large sail area. She did however stay faithful to Paul’s choice of colour, red.

In 2017, ‘Muriel’ was relaunched following another restoration. After the passing of his parents in 2016, Jonathan and Penny Heighway took her on and she underwent a thorough refit, including a new hollow mast and running rigging. To reflect the next stage of her life, ‘Muriel’ has been painted white and will continue to sail with the South West Gaffers.

Brest: the world’s largest maritime festival in photographs by Nigel Pert & Dan Houston with a … END_OF_DOCUMENT_TOKEN_TO_BE_REPLACED