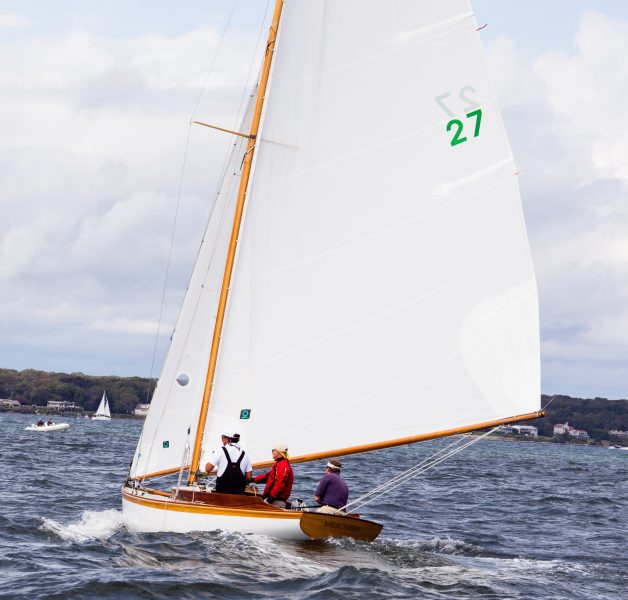 First owned in 1925 by Herbert Sears (for whom the Sears Cup is named).

She was one of the “956” Group of S boats, and sailed in the Marblehead, MA fleet. Subsequently she went to Brooklin, ME in the 1940’s.

Mischief was extensively restored in 2008 by Brooklin Boat Yard with new frames, floors, transom, sheer strakes, deck beams, stringers, and clamp. She is rigged with a new mast, one of the last masts made by Frank McCaffrey. Mischief was re-launched by Walter Bopp in 2011, and has been highly competitive racing on Narragansett Bay.

She most recently won the Bacardi Newport Regatta in June 2015.

Brest: the world’s largest maritime festival in photographs by Nigel Pert & Dan Houston with a … END_OF_DOCUMENT_TOKEN_TO_BE_REPLACED