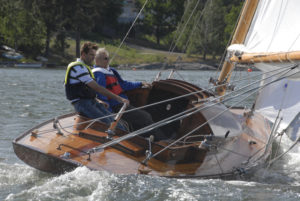 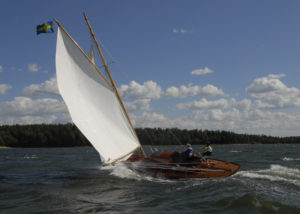 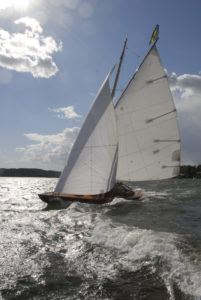 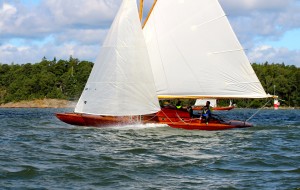 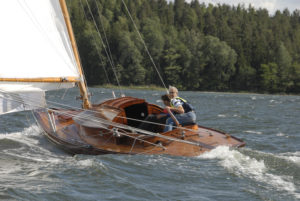 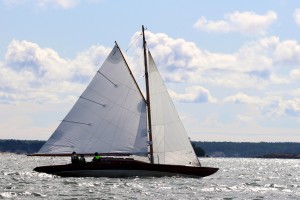 Miranda was built for the 1912 Olympics in Stockholm.

Miranda won the Baltic Classics Masters in windy Turku 2015 leaving 30 other classics from five countries behind. Since then through to 2018 she has not participated in any races but is planning on the Centenarian regatta in July, 2018.

In 2016 her owner, the Widstrand family, launched another yacht, the 95 sq.m Marga IV after 50 years on land. The renovation project took 30 years. The Widstrand family won several races in 2016. In 2017 Mia Widstrand took over the helm from her husband Henrik and Marga IV won all races she participated in except one where she finished second.

Brest: the world’s largest maritime festival in photographs by Nigel Pert & Dan Houston with a … END_OF_DOCUMENT_TOKEN_TO_BE_REPLACED