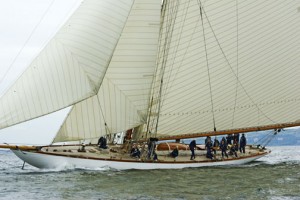 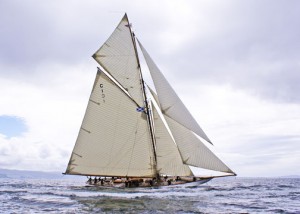 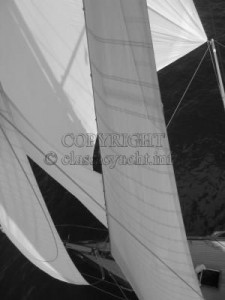 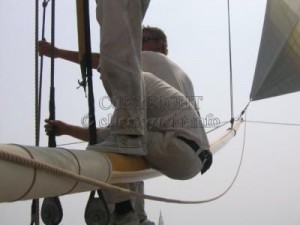 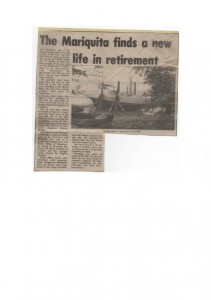 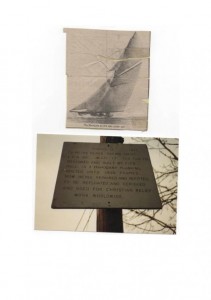 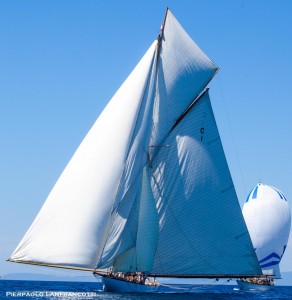 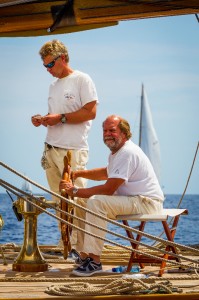 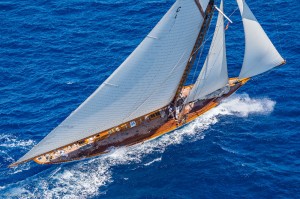 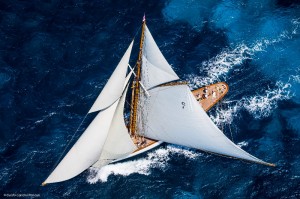 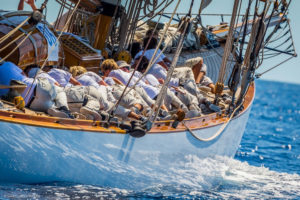 Mariquita, meaning ladybird in Spanish, is probably the last 19-Metre in existence.   Bill Turff was part of the original crew back in 1911 up to the outbreak of WWI when he was called into the Merchant Navy.   He survived the war and re-joined Mariquita in 1919.

“I was tenant and then owner of Mariquita from 1967 to 1973 when she was in a mud berth at Pinmill on the Orwell.   The story I heard was that Mariquita was laid up on the Deben during the 2nd World War, then afterwards towed round to Pinmill and put into a mud berth just down stream of the Butt and Oyster pub.   There was then and still are in 2008, a quantity of “houseboats” in berths here.”

“Mariquita was bow in to the river bank, moored with chains and supported between 4 very large posts.    At high springs she would float, settling again, not always level, as the tide went down.   It was from Pin Mill in 1991 that Fairlie Restorations rescued Mariquita, she was taken round to the Hamble in a Thames lighter.  Work started on the restoration in 2001.”

She was restored at Fairlie Restorations in the UK and was launched in the summer of 2004. She took part in the subsequent Mediterranean regattas, winning Imperia and looking great alongside the likes of Moonbeam III and Moonbeam IV.   After a winter in San Remo, Italy, Mariquita headed down to Greece for 2 months of cruising and race training with the owner.   She went on to attend 5 classic regattas, including the new Porto Rotondo event and the renowned race week at St Tropez. In June, 2008 she attended the Fife Regatta on the Clyde in Scotland and then took part in various regattas on England’s south coast.

2011 brings her to 100 Years old and Mariquita has a busy race season with 8 regattas planned: Ajaccio, Antibes, Barcelona, Palma, Mahon, Monaco, Cannes and St Tropez. The Chef during this time, Susie Denning, created an on board blog that is still online here and more about it at this CYI article.

In 2012 Mariquita visited the UK for the Westward Cup in Cowes, the Queen’s Diamond Jubilee on the Thames and the Pendennis Cup in Falmouth. She then returned to the Mediterranean for the end of season regattas.

Brest: the world’s largest maritime festival in photographs by Nigel Pert & Dan Houston with a … END_OF_DOCUMENT_TOKEN_TO_BE_REPLACED