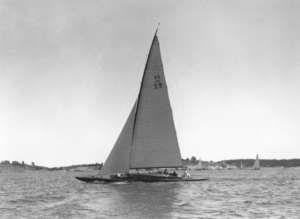 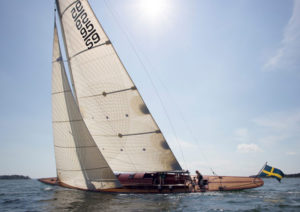 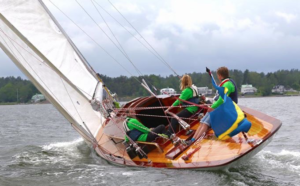 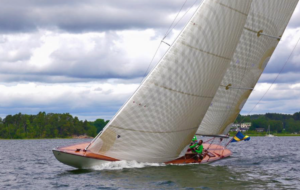 Marga IV was built in 1920, the same year as Britt-Marie, but one and a half metres shorter.

She was designed for the West Coast’s slightly tougher sea state which resulted in the frames being 48cm apart while her sister-ship Britt-Marie had frames at 50cm apart. She is also slightly broader and fuller in the mid-section. But while Britt-Marie was rebuilt in the 1970s with a deep bulb and a larger sail area of ​​120 square meters, the renovation of Marga IV is more faithful to the original, apart from the keel that was widened to avoid spilling beer!

When the Widstrand family bought Marga IV in 1987 she had been on land since 1967 and was basically an empty shell without a keel, mast or rig. However, 60% of the interior was original.

After the transfer from Gothenburg to Stockholm, the renovation began.

The entire outside of the hull has been reinforced with fiberglass and epoxy.

On 10th June, 2016 Marga IV was launched and the first sailing season was successful, among other things, with a first place on ÅF Inshore Race and a third place on the Sandhamnsregatta.

Brest: the world’s largest maritime festival in photographs by Nigel Pert & Dan Houston with a … END_OF_DOCUMENT_TOKEN_TO_BE_REPLACED