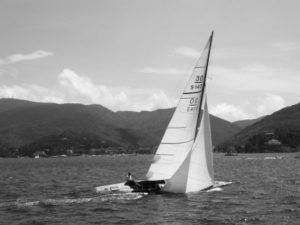 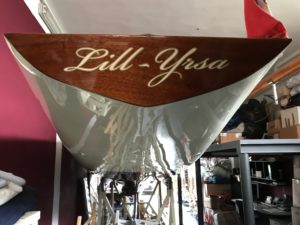 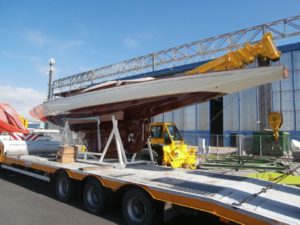 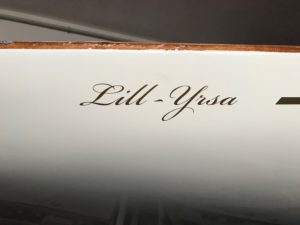 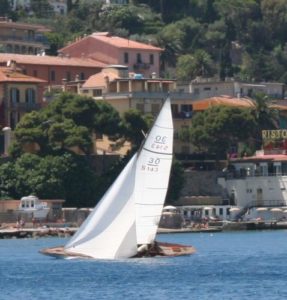 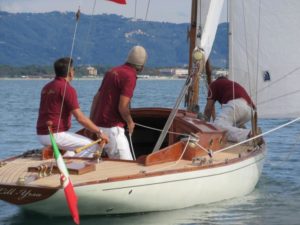 Lill Yrsa was built in Sweden in the year 1931 to a Gustav Estlander design. The Skerry 30 was a very well known and appreciated design in those years, a period when many other Skerry 30’s were built.

In 2000 a shipyard from Fiumicino performed a refit of the vessel, which at that time was called “Hook”. She then took part in some regattas of the classic circuit in the Tyrrenian Sea.

Some years later she was bought by a private owner who, in 2008, sold her to a Viareggio based Shipyard, Gruppo Nautico Italiano.

As the boat had been left in a shed for the last couple of years and was in quite bad shape Gruppo Nautico Italiano undertook the first important refit. This included the almost complete reconstruction of the hull using first quality seasoned mahogany wood with the introduction of stainless steel support frames. The deck was refitted as well as the mast and a small new engine was installed.

Finally the boat was renamed with her original name “Lill Yrsa”.

Since then Lill Yrsa was lovingly cared by her new owner, she was registered in the Italian classic yachts registry and took part in many regattas with good results.

In 2013 she was sold to another shipyard in Viareggio, ‘Mediterranean Refitting Group’, the current owner.

A second refit was carried out in 2015. Lill Yrsa underwent an important and innovative waterproofing treatment performed by her new owner, the shipyard ‘Mediterranean Refiitting Group’ and led by the marine expert Marcello Porciani.

The existing external paint and filler were removed and the wood was left “raw”. The hull was then slowly dried thanks to a special environment which was created inside the shipyard. Humidity was kept very low and the temperature as mild as possible. This allowed the wood to eliminate the excess humidity and reach those values required by the Ship Registries.

Brest: the world’s largest maritime festival in photographs by Nigel Pert & Dan Houston with a … END_OF_DOCUMENT_TOKEN_TO_BE_REPLACED