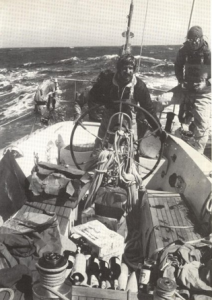 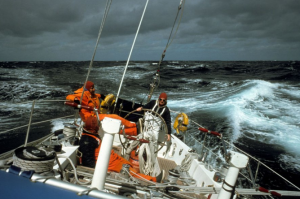 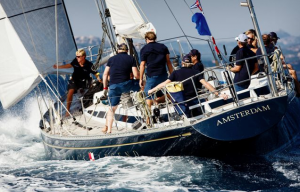 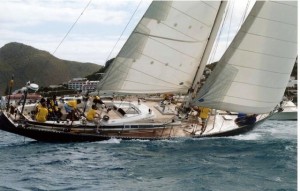 Contested the 1977/1978 Whitbread Round the World Race as King’s Legend, finishing second under the English flag, and aboard was the now legendary navigator, Skip Novak, contesting his first round the world race.

In 1999, Gijs van Liebergen bought and sailed the yacht back to Holland. He converted the racer into a comfortable boat, fitted with modern conveniences, but she has kept her original design and charm.

After wintering in the Caribbean, King’s Legend crossed the Atlantic and in 2015 sailed into the Pacific, taking in Samoa, Tonga, Fiji, Vanuatu, New Caledonia and the Whitsundays before arriving in Sydney in preparation for the Sydney/Hobart race 2015.

Below a video of them passing through the Galapagos in 2015.

King’s Legend is representing the Netherlands for the 2015 Sydney/Hobart event.

Brest: the world’s largest maritime festival in photographs by Nigel Pert & Dan Houston with a … END_OF_DOCUMENT_TOKEN_TO_BE_REPLACED