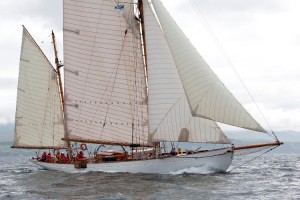 By 1924 she was for sale and Charles Livingston(whose family founded the Cunard shipping line) of Oxton, Cheshire bought her.   He immediately sailed her to the Menai Straits where she stayed until 1936.   She was designed to cross oceans, hence her thick hull.

She went on to be restored at Fairlie Restorations in 1995 and has since been on a 5 year Round-The-World adventure. 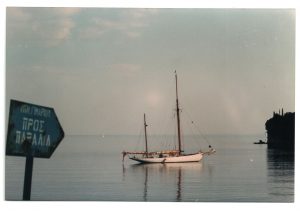 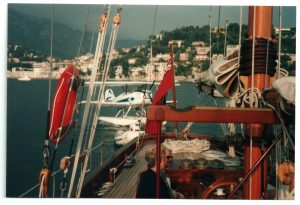 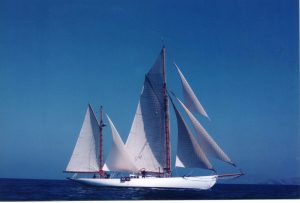 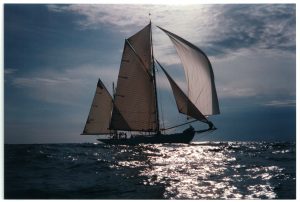 During the voyage Kentra had their Passerelle tested by George the Elephant! 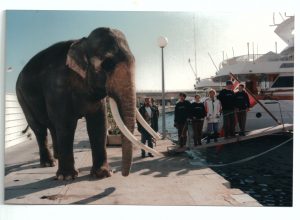 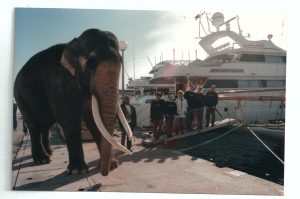 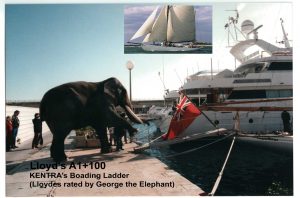 Lloyds A1 certified by George the Elephant

In 2005 Kentra returned to the Mediterranean where she spent time cruising in Greece with her larger sister, Mariquita, and she then sailed back to her ‘birthplace’ on the Clyde in Scotland to be layed up.

She was back out for the Fife regatta in 2013 with a 2 year cruising programme planned.

Brest: the world’s largest maritime festival in photographs by Nigel Pert & Dan Houston with a … END_OF_DOCUMENT_TOKEN_TO_BE_REPLACED