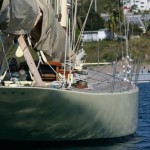 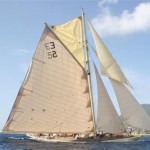 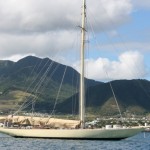 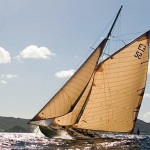 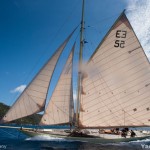 Kate was built by Philip Walwyn in St Kitts and was launched in November of 2006.   Philip Walwyn has past experience in this area having built two 6-Metres in the 80’s and has proved himself as a world class sailor by being both British and European Champion in this class in 1987.

Walwyn used Alfred Mylne plans from 1908 and aimed to have the boat both measured and rated under the 1st International Rule.   Fitted without an engine,  Kate participated at at the 2007 St.Maarten’s regatta in January and then headed over to Europe for the ‘Metre’ events held in the Solent later in the year.

Brest: the world’s largest maritime festival in photographs by Nigel Pert & Dan Houston with a … END_OF_DOCUMENT_TOKEN_TO_BE_REPLACED