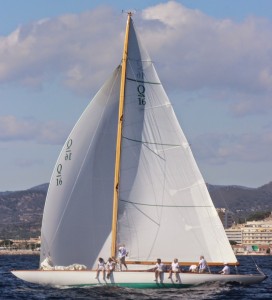 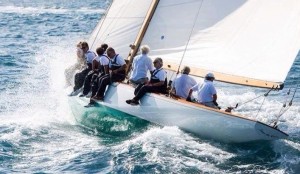 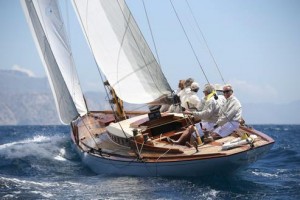 Jour de Fete was the sixteenth Q Class and launched under the name of ‘Falcon II’. She was designed to the Herreshoff Universal Rule.

In 2007 she was completely re-built by well-known classic yacht restorer John Anderson, an English shipwright based in Maine, USA. This fully restored Falcom was then purchased in 2011 by America’s Cup legend Bruno Troublé who changed her name to Jour de Fete.

Since then, she has competed very successfully in the Mediterranean regatta circuit, earning an enviable reputation, not only for an ability to win races, but also for her outstanding condition and beauty.

Brest: the world’s largest maritime festival in photographs by Nigel Pert & Dan Houston with a … END_OF_DOCUMENT_TOKEN_TO_BE_REPLACED