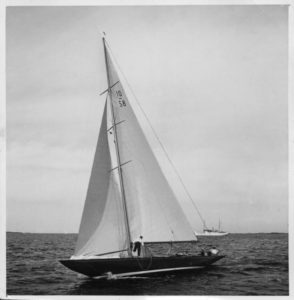 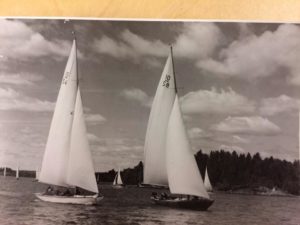 Moana and Itaka racing from Waxholm to Sandhamn, 1942 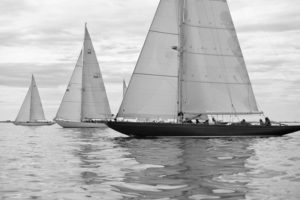 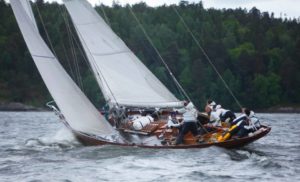 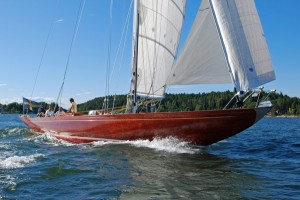 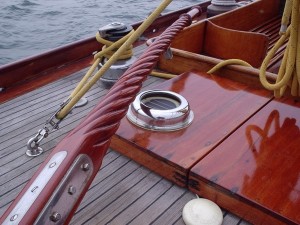 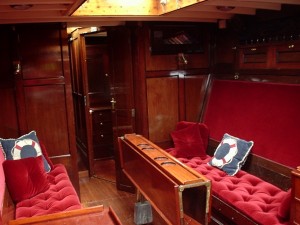 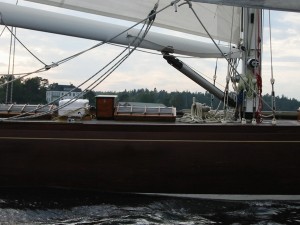 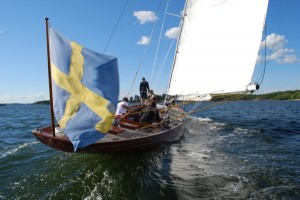 Itaka is a sailing yacht type R10, designed by Tore Holm in 1933 at the request of Arvid Lindahl. She was built in the winter of 1933-1934 at Neglinge outside Stockholm and her first name was ‘Zibeline‘. The boat yard, founded by August Plym, was for a long time the best boat builder in Sweden in the early 20th century.

When Arvid Lindahl unexpectedly passed away in 1936, she was bought by Sven Engwall, best known as the Gevalia (coffee) King, and she was renamed to Itaka. Over many decades she sailed with the family Engwall and was a frequent visitor at the Royal Swedish Yacht Club regattas in Sandhamn, Sweden .

Itaka has over the years sailed throughout the Nordics and spent a decade in the Mediterranean during the 1980s. The most spectacular event was probably when Itaka on August 4th, 1942 collided with a ferry and sunk. Itaka was salvaged and later at the Maritime Declaration, the captain of the ferry was convicted of negligence and fined .

Itaka is owned, sailed and looked after by a consortium of sailors Carl Hirsch, Ingmar Bergman , Patrick Ståhle , Patrik Liljeqvist and Anders Barsk.

Brest: the world’s largest maritime festival in photographs by Nigel Pert & Dan Houston with a … END_OF_DOCUMENT_TOKEN_TO_BE_REPLACED