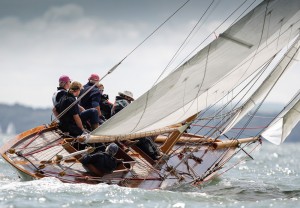 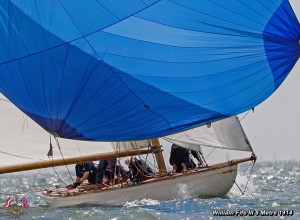 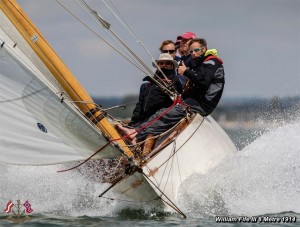 Ierne’s hull design is thought to be the ultimate First Rule 8-Metre yacht and acknowledged to be hydro dynamically as good as a yacht could be at that time. She does not ride waves, but cuts through them and she produces no wake until near her maximum hull speed. The distinctive Fife tumblehome is thought to be one of the secrets of her speed. 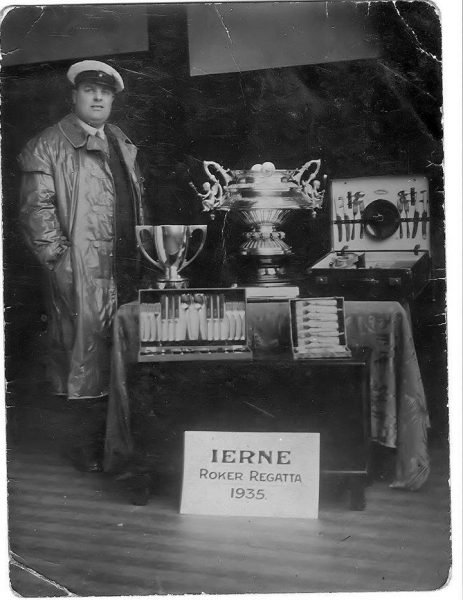 She had the most innovative rig design of all First Rule yachts. She was the one and only to carry the Marconi Bermudan rig. As originally drawn she carries 1,248 sq feet of sail on a 58 ft mast, 35 ft boom and a 19 ft spinnaker pole.

Built for an Irish colonel, who gave her the distinctive Irish name, in due course she found her way into the hands of the Norwegian Olympic Team and to be the gold medal winner in the 1920 Antwerp Games.

Laid up in Portugal 85 years on, she caught the eye of Hew Jones of Yorkshire One Design fame, who fully appreciating her merits – if not the shortcomings of her then condition, had her shipped back to England for restoration, meanwhile keen to sail her under her revolutionary Marconi rig, acquiring the original drawings.

Hew commissioned Joe Irving of Draughtsman Racing Yachts in Barton-on-Humber to undertake the restoration. Joe, a graduate of IBTC in Lowestoft and the first boat builder to create a wooden Dragon since 1970, demonstrably had the credentials for the task. 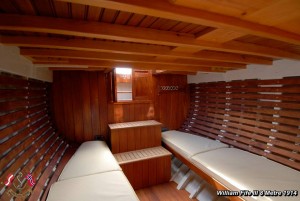 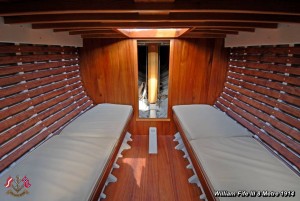 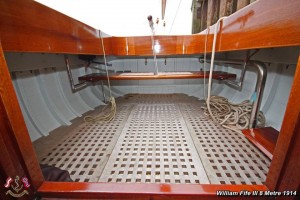 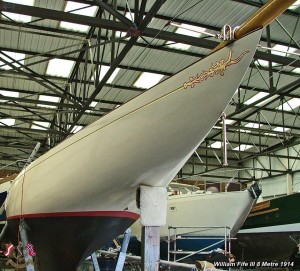 Having worked with them on the Yorkshire One Design spars, Hew commissioned Collars to supply a complete new rig, re-drawn by naval architect Theo Rye, from the original plans and data. All the spars were manufactured in best quality Sitka spruce and supplied fully fitted, ready for rigging by Peter Martin of Martins Rigging. 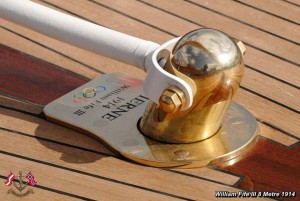 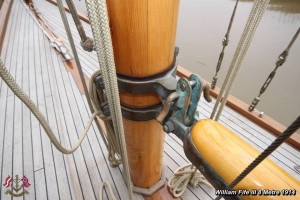 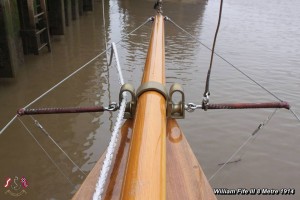 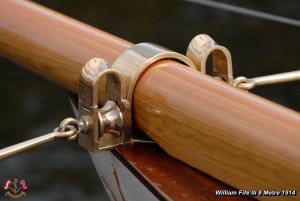 In 2008 Ierne participated in the Fife Classics as well as the BCYC Regatta. She was also the recipient of the Classic Boat Restoration Award for 2008.

Above information courtesy of The Sandeman Yacht Company.

Brest: the world’s largest maritime festival in photographs by Nigel Pert & Dan Houston with a … END_OF_DOCUMENT_TOKEN_TO_BE_REPLACED