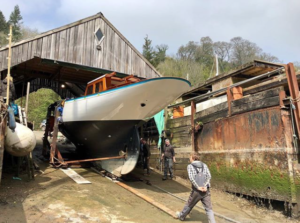 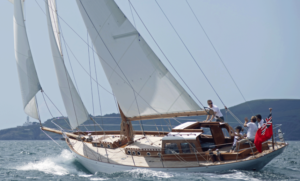 Built by Woodnutts on the Isle of Wight for Stanley W Cooper, to Lloyds highest standard (100A1) . She is a well respected vessel and was even sailed by the famous Uffa Fox who dedicated a full chapter to her in his 1937 book ‘Racing, Cruising and Design’.

Present owner(2020), Aaron Ashton(winner of the CB Young Sailor of the Year 2016), was first introduced to classic sailing yachts at the age of 7 on-board this very vessel! (then owned by a family friend). He went on to become a keen sailor and forged a career as a Yacht Skipper. He then took on the restoration of Heron II. 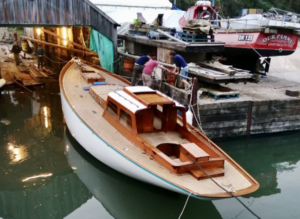 It is believed that Heron II once broke the record for the Isle of Wight to Scilly Isles race. In the coming years she will race in regattas across the world in a bid to reclaim some of her former glory.

Brest: the world’s largest maritime festival in photographs by Nigel Pert & Dan Houston with a … END_OF_DOCUMENT_TOKEN_TO_BE_REPLACED