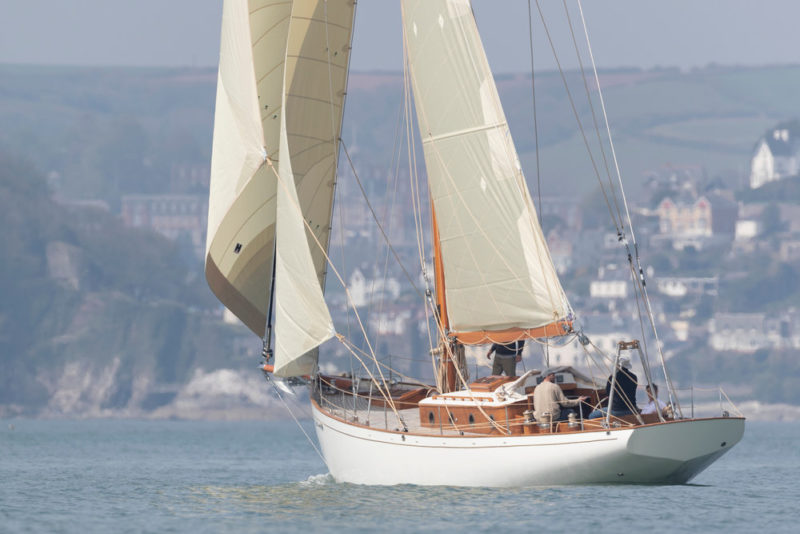 Helena, a 62ft Bermudan Cutter was launched in Devon, England in the summer of 2018 after the completion of her build which spanned a decade and more.

Her modern classic design, which incorporates her owners ideal blend of Fife, Mylne and Herreshoff, was one of the last designs to leave the drawing board of the late great Ed Burnett; A Yacht Designer renowned for elegant, luxurious and fast craft, Ed’s designs were described by Classic Boat as “the best in the world for what we might call contemporary traditional design”. Collaborating with Howard Swift of Yealmbridge Yachts in Devon, they set about designing a craft to fulfil the dreams of owner and builder Mike Ludgrove. 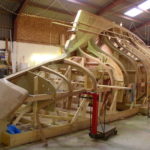 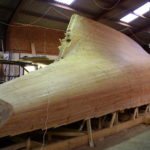 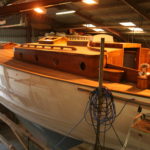 The whole project was overseen by Mike who conceptualised the idea of this modern classic sailing yacht and headed up the team of craftsmen who brought Helena into being, making every inch of her by hand, in his own workshop in Devon. The uncompromising manner in which Helena has been designed and built results in a vessel of classic timeless beauty, enormous strength and seaworthiness, and exceptional onboard comfort. She has also proven to be a boat capable of exhilarating speed, and an adept passage making go-anywhere blue water yacht. 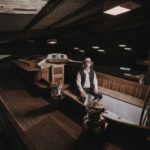 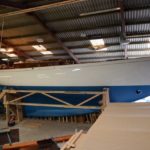 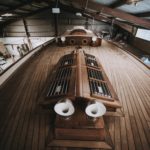 Going back a few years, the story involves Mike learning his craft at Lyme Regis Boatbuilding Academy, building a classic clinker lugger followed up by a modern racing boat, and then finally committing to build Helena following design meetings with Burnett and Swift. The build then moved swiftly through to the completion of the hull, but the decks, the beautiful interior fit out, the hand crafted spars and the hand made stainless fittings took much longer. 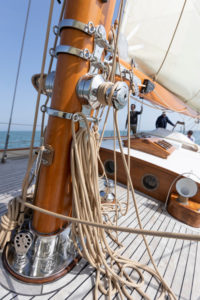 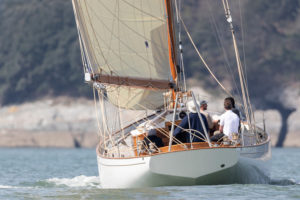 Eventually the build swallowed up all of the original budget and more, and the difficult decision was taken to crowdfund the completion, which included sails and final launch costs. The process attracted great interest and was a runaway success resulting in numerous supporters being able to purchase day sails and weekend trips prior to launch. Significantly the publicity also attracted a larger investment, plus incredibly generous support from suppliers such as Naturalmat, a Devon based supplier of fine organic cotton soft furnishing and Hyde Sails who provided the beautiful cream classic cut sails at greatly reduced cost purely out of support for the project and a belief in fulfilling a dream.

Today Helena is available for charter. Information courtesy of sailingyachthelena.com

Brest: the world’s largest maritime festival in photographs by Nigel Pert & Dan Houston with a … END_OF_DOCUMENT_TOKEN_TO_BE_REPLACED