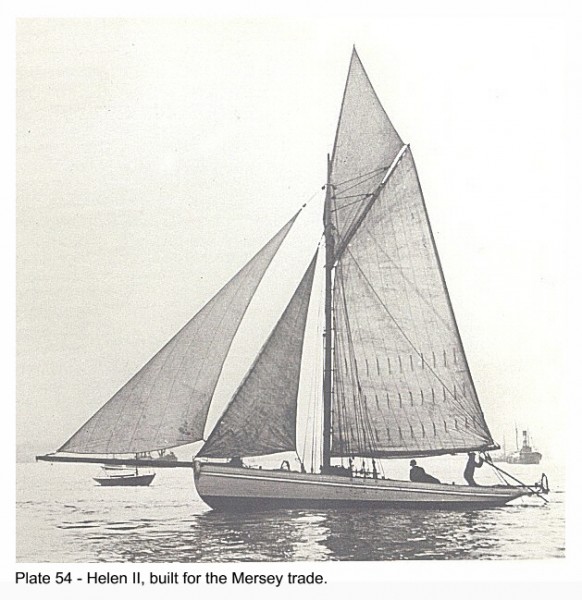 The Helen II was built in 1910 by Crossfields.  Conwy was the home of John Crossfields’ boat building enterprise, which extended to a number of locations along the coast of North Wales and Lancashire.  The boat was previously owned by the Roddick family long time friends of Conwy and enthusiasts of the Nobby class boat.  The family have generously donated the boat to the Community in memory of Jamie Roddick who tragically died of cancer at the age of 34.

Jim Roddick recalls the history of the Helen II:

“The Helen II was constructed in 1910 for George E Stonall of New Brighton.  She is 40 feet long and of oak frame and pitch pine construction. As well as being a working boat, she also has a long history of successful racing awards. In 1914, she was the RMYA regatta first class fishing boat and in 1920, the winner of the Liverpool Yacht club regatta. In the December 1930, the Helen II went missing as a result of a storm in Liverpool bay.  She was eventually rescued from the Queens channel, with the help of a New Brighton lifeboat and was subsequently purchased by Ludwick Anderson of Port Maddog. She spent the next 10 years in waters off the welsh coast, around  Port Maddog and Bangor.  In 1943, she was purchased by Jackie Martin of Fleetwood and worked off the Lancashire coast until 1999 when she was acquired by the Roddick family”. 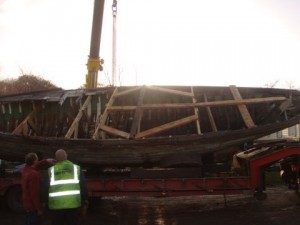 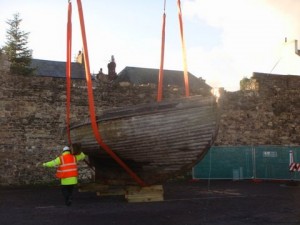 The work on the Helen II is to be supervised by the Trust with the Co-operation and assistance of Coleg Landrillo College involving  students from its marine training centre, working alongside a professional shipwright. Once completed. the Helen 11 will be available for educational and teambuilding opportunities. 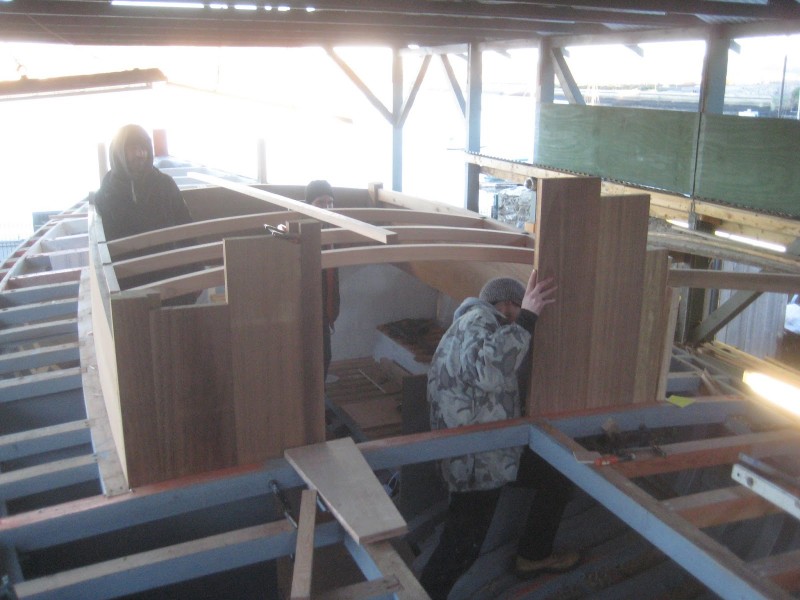 Progress in the restoration – January, 2016

Douglas Duncan, writing in the 1950’s, recalled the excitment of sailing a nobby:
“A trip on a nobby with a fresh breeze blowing is one of the most exhilarating and satisfying experiences that it is possible for a human being to enjoy. She has no bulwarks, but is steered and sailed from a well deck. Her lee rail is practically level with the sea. Under skilled hands she flies through the water with the wind and spray stinging  the face like knives”.

Brest: the world’s largest maritime festival in photographs by Nigel Pert & Dan Houston with a … END_OF_DOCUMENT_TOKEN_TO_BE_REPLACED