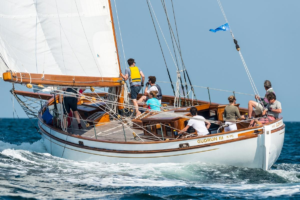 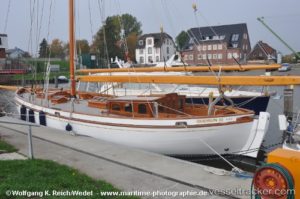 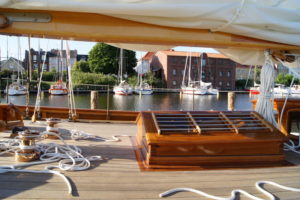 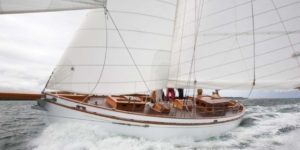 “Gudrun III” was once a case for “Save the classics”, as a hull, she stood on the grounds of the Glückstadt shipyard. Now she is “back” after extensive work on rigging and interior work.
For almost 30 years, the gaff cutter built in Sweden in 1918 was no longer sailed. After the use of the yacht as a training ship of the DHH, she had initially taken over Michel Baars and extensively rehabilitated the fuselage, but had to let more work rest. So “Gudrun” came as a collision to the action “Save the classics”.

Two enthusiasts, including a grandson of former owner Ahrens from Kiel, had taken over the ship and let it go again.

For many sailors the ship is still known as a training yacht of the Hanseatic Yachting School of DHH, also Thomas Bruns, who shot our photos in the port of Glückstadt.

Brest: the world’s largest maritime festival in photographs by Nigel Pert & Dan Houston with a … END_OF_DOCUMENT_TOKEN_TO_BE_REPLACED