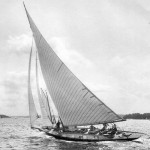 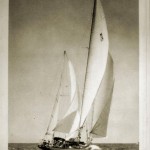 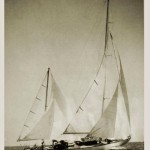 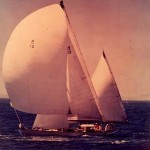 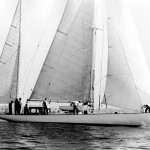 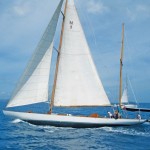 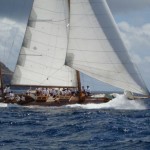 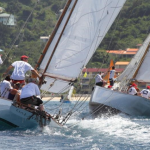 Vying for position with The Blue Peter, Grenada Sailing Week, 2015

Galatea was rumoured to be built for the crowned Prince of Sweden, but was actually built for the Swedish cork merchant, Gustaf Wiklander.

She was sailed and raced in Europe and then discovered by Cyril Tobin, commodore of the prestigious St. Francis Yacht Club in San Francisco.

Galatea was placed on a freighter in Stockholm and arrived in San Francisco eight weeks later. Cyril Tobin kept Galatea for 10 years, racing her on the bay quite successfully. This was particularly effective after he had Lester Stone convert her from her original rig to a Marconi rigged yawl.

Tobin then sold Galatea. She was owned by more famous individuals such as Violinst, Jascha Heifetz and Actor Dick Powell. Powell had many sailing friends such as Humphrey Bogart , Spencer Tracy and Cary Grant and eventually sold the boat to the producer and director of many famous movies, Joseph Mankiewicz.

During the 70’s she sailed 20,000 miles, including three round trips to Hawaii and twice between Los Angeles and Seattle. One of the trips from Seattle to Los Angeles to Hawaii and back to Seattle was done with no working engine aboard, entirely under sail, even in and out of port.

Galatea is unusually slender and has extreme overhangs that make her 72 feet in length overall but only 55 feet on the waterline. She is only 12 feet at the beam which makes her extremely fast for sailing and especially racing.

She eventually migrated north from Southern California to Puget Sound but unfortunately fell into a state of disrepair. It was there, in 2002 that she caught the eye of the present(2015) owner, Judd Tinius. A shipwright and boatyard owner, Judd has continuously worked over the past 10 years to restore her to her former glory.

Galatea was brought to Antigua in 2005 and raced and won the prestigious Antigua Classic Yacht regatta in 2007 and 2009. She has been successfully racing and chartering in the Caribbean and the East Coast of the United States. In May of 2011, she crossed the Atlantic and North Sea, once again, on her own bottom, with no engine, just sails and solar power. In 2012, she visited her original home in Stokholm, Sweden, where she was built. She even anchored in front of the original owners’ home, right where she began over a 114 years ago!

She has recently been spotted racing at the Grenada Sailing Week, 2017 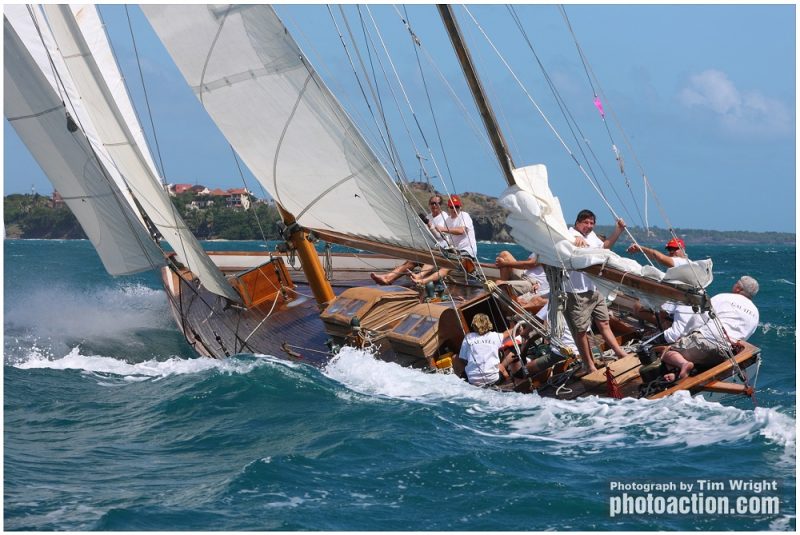 Galatea racing at the Grenada Sailing Week, 2017 by Tim Wright

Brest: the world’s largest maritime festival in photographs by Nigel Pert & Dan Houston with a … END_OF_DOCUMENT_TOKEN_TO_BE_REPLACED