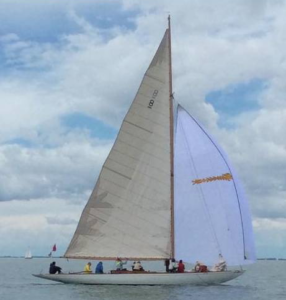 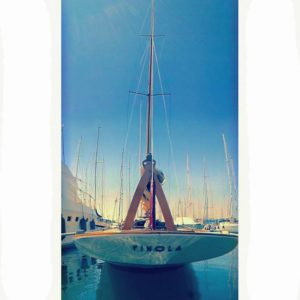 Finola was built for James Lauriston Lewis and started her life racing with the 8-Metre fleet from the Hamble with the sail number K3.

1938 – renamed ‘Nona’ under the ownership of Thornton E Gardner. Her Home port was Southampton.

During the World War II the fleet dispersed and Finola found shelter in France at Trinitè Sur Mer.

After the conflict, she was purchased by a British owner and resumed racing on the Clyde, Scotland.

In the sixties the boat was acquired by a Portuguese owner and continued racing on the Atlantic coast with the sail number P107. 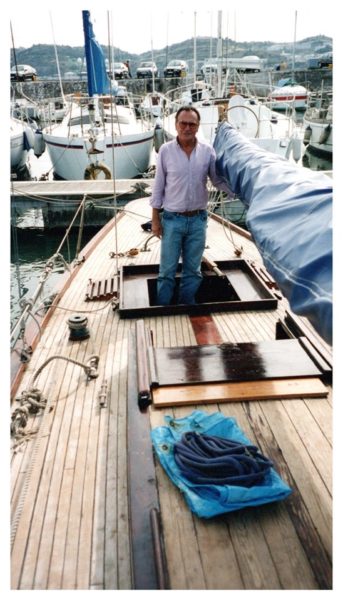 Finola in 1998. The photo was taken by John Lammerts Van Bueren when he was taken for a sail on board by the owner. By all accounts “leaking from all directions” but “great fun”.

In 2006, in conditions of neglect, Finola was transferred from Lisbon to Italy where she undertook a restoration.

In the spring of 2012 Finola is finally relaunched in the Gulf of Trieste. Her first race was in 2016 where she finished second at the first edition of the AIVE Trophy Adriatic.

Brest: the world’s largest maritime festival in photographs by Nigel Pert & Dan Houston with a … END_OF_DOCUMENT_TOKEN_TO_BE_REPLACED