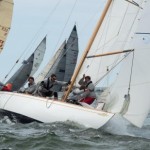 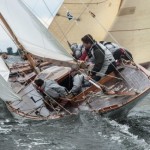 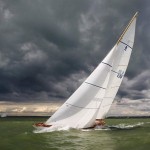 Built in 1930 together with her sister Fulmar and near sister Severn.These yachts were amongst the faster 8m’s designed by Fife.

In the early sixties Falcon and Fulmar were shipped to the Vancouver Yacht Club together with Sulaire and Concerto.

In 2011, with the 8 Metre World Championship taking place in Cowes, a decision was made to bring the yacht to Fairlie for completion. Much of the interior had survived the eighty or so years since her original build and the owner asked that as much as possible was used again. As Falcon is only used for regattas the decision was taken to fit a shaft line and blank it off and not fit an engine.

The enthusiasm and dedication of the owner led to Falcon finishing in the top third in Cowes in 2011 and first in the Neptune Trophy Class in Helsinki, Finland in 2013. The spars by Absolute and sails by the Gosport loft of North Sails together with rod rigging by HYS greatly contributed to her success. 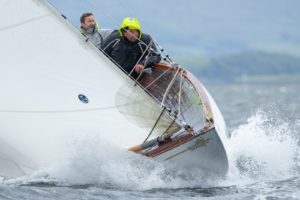 Falcon at the Fife Regatta 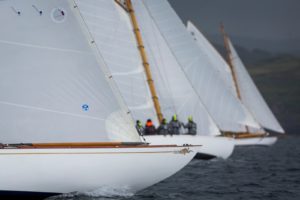 Falcon at the Fife Regatta

Brest: the world’s largest maritime festival in photographs by Nigel Pert & Dan Houston with a … END_OF_DOCUMENT_TOKEN_TO_BE_REPLACED