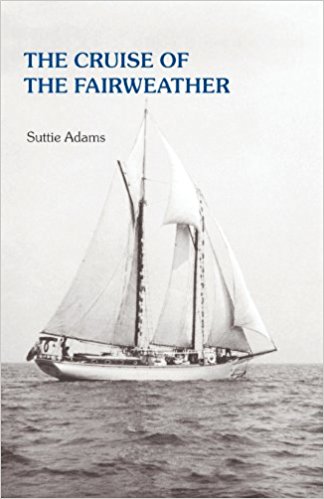 “I sailed from Hawaii to Tahiti in 1970 approximately.  As I was told, Omer Dar (Dhar)   (Capt.), leased the boat from somewhere on the west coast and took several people to the Society Islands on a paid cruise.  I was hired as first mate.  I lived and worked on the boat for several months.
I was told that the Fairweather was the first yacht to circumnavigate the world with a female skipper.  Apparently her husband fell overboard at some point and she finished the trip without him. I’m not sure if that is true or not.
A few years later I saw Fairweather in Sausalito, CA, anchored in the Bay.
The Fairweather . . . .  . was a very seaworthy ship and reminded you of a ship from the turn of the century.  It was a great experience.” Brad Tomaso

Brest: the world’s largest maritime festival in photographs by Nigel Pert & Dan Houston with a … END_OF_DOCUMENT_TOKEN_TO_BE_REPLACED