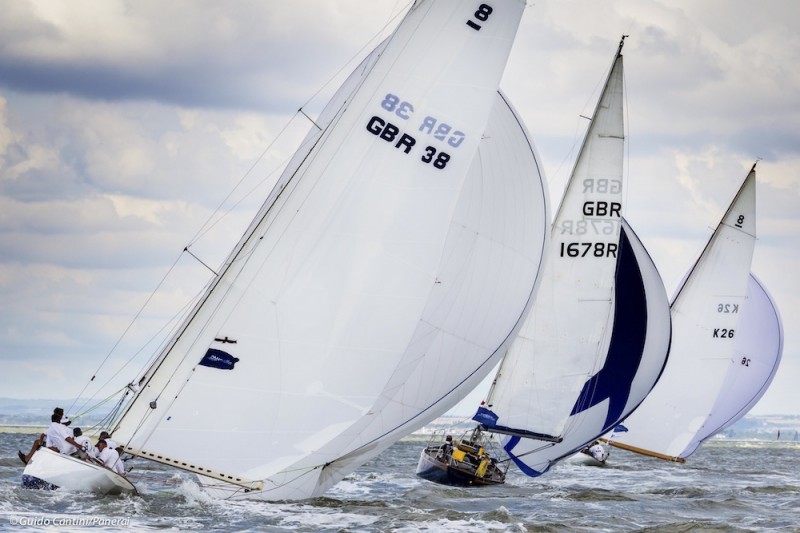 Erica J’s heyday was in the 1950s when she represented the Royal Yacht Club of Tasmania in six challenge matches for the Sayonara Cup under the ownership of Ted Domeney, winning the prestigious event in 1953. Originally called the Interstate Yacht Race Cup, the Sayonara Cup was donated by the Royal Sydney Yacht Squadron and the Royal Prince Alfred Yacht Club. The contest arose when the Royal Yacht Club of Victoria challenged the two Sydney clubs to race their best representative against Alfred Gollin’s Sayonara, Victoria’s champion boat, off Sydney Heads in 1904. Sayonara defeated the Sydney yacht Bona but Gollin then presented the Cup as a perpetual challenge between the Sydney clubs and the Royal Yacht Club of Victoria. In 1950 the Deed of Gift was amended to allow the Royal Yacht Club of Tasmania as challenger, but the boat had to be sailed from Hobart up the Tasmanian East Coast and across Bass Strait to Melbourne. Eventually, Erica J was chosen to race against the Victorian boat ‘Frances’, which won the three race series in January 1951 quite comfortably, although she had to give time to the Tasmanian challenger. The RYCT issued a second challenge in 1952 against Frances and the two boats met again for the Sayonara Cup on Port Philip in 1953, with the famous Tasmanian skipper Neall Batt on the helm in place of owner Ted Domeney, whose wife had become ill.

Batt steered Erica J to victory in the first two races by comfortable margins and won the third and deciding race with much improved windward performance. The Sayonara Cup was at last on her way to Tasmania.Erica J set out to defend her win the following year but after a close fought series lost to Frances in 1954. In 1955, the Royal Yacht Club of Victoria received challenges from New South Wales and Tasmania.

Sailed in January 1955, the series saw the newly imported Saskia score four wins and a third in the three-boat series, Erica J had four second places and Frances one win and three thirds. The Sayonara Cup went to Sydney for the first time since 1931.

In Sydney in 1956, Erica J campaigned valiantly against Saskia and Frances, with Saskia retaining the Sayonara Cup.

This was the end of another era in the history of the Sayonara Cup and indeed, that of Erica J as she was then sold to Victoria in 1962. Erica J made her first appearance at the CYCA in 1971 when she was taken over by Warren EvansShe has been a well known and actively raced vessel throughout the majority of her life and has been sailed by many a celebrated helmsmen including “Boy” Messenger in CYCA Club events. Many yachtsmen and women have learnt to sail or experienced racing on Sydney Harbour aboard Erica J over the years.

On the passing of Warren Evans a perpetual trophy was commissioned by his friends. This is a framed painting and half model of the boat and they today hold pride of place on the wall of the Morna Room of the clubhouse.

Erica J returned to Hobart in the 1980’s for a period, being raced with the Huon Yacht Club south of Hobart and then returned to Sydney in 1993. Current owner Les Goodridge found her in Pittwater in 1995 and she returned to racing at the CYCA soon after.

Recent refits and regular repairs have her in good condition and continuing to race with both CYCA and classic yacht events on the harbour. With care she should continue to stand the test of time, outliving many, including those privileged owners who are more rightly described as caretakers of the boat for future sailing generations.

Information courtesy of “The Free Library”. 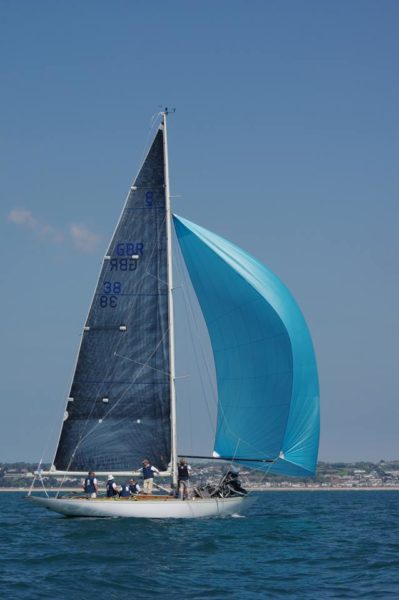 She was brought to the UK in 2011 where she was restored back to 8m class specification allowing her to participate in the 2012 and 2014 world championships. Erica also races regularly in local, Solent and classic regattas.

Brest: the world’s largest maritime festival in photographs by Nigel Pert & Dan Houston with a … END_OF_DOCUMENT_TOKEN_TO_BE_REPLACED