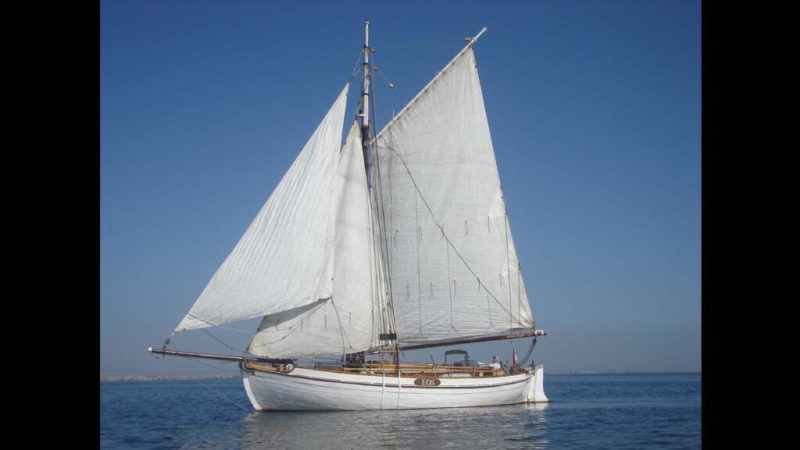 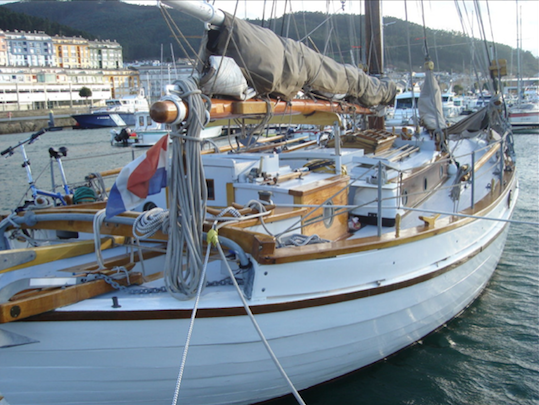 In 1932 fisherman Peder Nielsen gave order to have a boat built to K. Christensen & Co. in Moen/Risør in Norway. The boat was given the name Eos, after the Greek goddess of dawn, and was registered AA-7TØ. She was used for shrimp fishing off Rægevig on the island Tromøy near Arendal.

At the end of World War II German soldiers confiscated the boat and used it to flee from Norway to Germany. Later the boat was found again abandoned in Denmark.

In 1964 Eos was fitted out for herring fishing. The old 1-cylinder 2-stroke Rapp semi diesel was exchanged for a Lister Blackstone 4-cylinder 4-stroke, the mast was shortened, a mizzen mast was added and the wheelhouse was lowered.

In the Norwegian fishing fleet registry Eos was mentioned as a fishing vessel until 1978. At that moment she was the largest fishing boat of Tromøy.

For as far as we found out, Eos was sold to sea scouts in Oslo in 1978 and later to a group of scuba divers. Somewhere in the eighties a Swedish actor bought the boat and took her to Copenhagen where he used her as a second home. At some time the boat was taken over by the harbour as payment for overdue berthing fees.

Next Eos was used as a “social project” for unemployed youngsters, until the subsidy flow ceased. She was left to waste away in Christianshavnkanal in Copenhagen.

In 1989 Eos was found and bought by us. We did some provisional repairs so she could sail (motor) again and we sailed her to Holland. And there the long story of the restoration started.

Brest: the world’s largest maritime festival in photographs by Nigel Pert & Dan Houston with a … END_OF_DOCUMENT_TOKEN_TO_BE_REPLACED