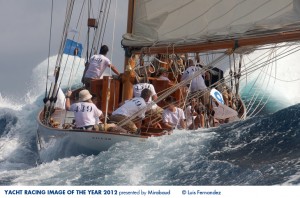 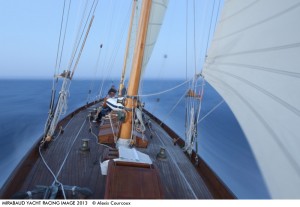 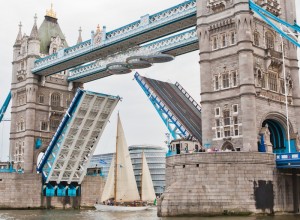 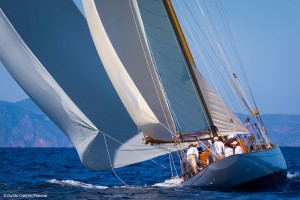 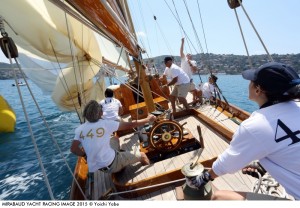 Commissioned by the Fulton brothers of Greenock who had recently sold the 80′ ‘Eileen'(now known as Belle Aventure) and who wanted something bigger than the ‘wee’ 60′ Eileen (under restoration in 2012). They cruised off the west coast of Scotland before being sent of to war, sadly never to return.

John Shearer took ownership in 1974 and based her out of Antigua where she was used for chartering. In 1982 Eilean had her most famous charter and featured in Duran Duran’s “Rio” video. In 1984 she had a collision with a ferry off Malaga and limped back to Antigua. She ‘rested’ in the mangroves for many years while John tried to repair her but due to a lack of finance and time it was a losing battle.

In 2005 she was spotted by Panerai CEO Angelo Bonati and later bought by the Italian watchmaker and Classic Regatta sponsor.

2006-2009 – Undertook a restoration at the Cantieri Francesco Del Carlo in Viareggio, Italy, and involved in the regatta circuit from 2010 onwards.

Crossed the Atlantic in January 2012 and participated at her ‘home’ regatta, Antigua Classics.

Brest: the world’s largest maritime festival in photographs by Nigel Pert & Dan Houston with a … END_OF_DOCUMENT_TOKEN_TO_BE_REPLACED