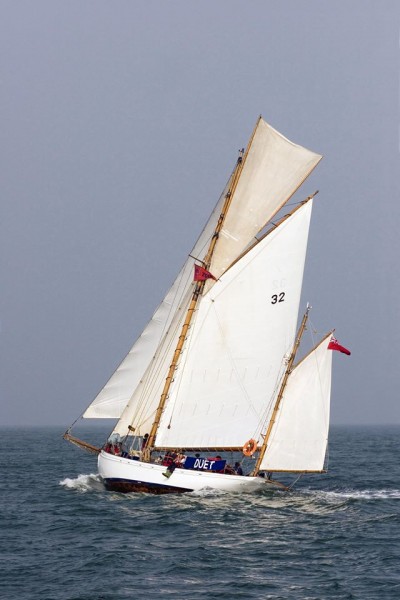 Duet was launched in 1912 as ‘Gaviotta’. In the early 1930s she was bought by Augustine Courtauld, a famous explorer, who renamed her ‘Duet’. When he died in 1959, ownership passed to his son, the Reverend Christopher Courtauld who, with Mr Christopher Ellis, formed the Ocean Youth Club in 1960. The Club used Duet for youth sail training from then until 1994.

Christopher has now passed on ownership of Duet to younger members of the Courtauld Family on the understanding she is still operated for the purpose of sail training.

In 2012, Duet celebrated her centenary year by sailing around the UK. The ‘Voyage to Success’, which received the Inspire Mark in recognition of its links to the 2012 London Olympics, was sailed in 11 legs, each with a different group of young people on board.

2020 – Duet remains an integral part of the Cirdan Sailing Trust.

Brest: the world’s largest maritime festival in photographs by Nigel Pert & Dan Houston with a … END_OF_DOCUMENT_TOKEN_TO_BE_REPLACED