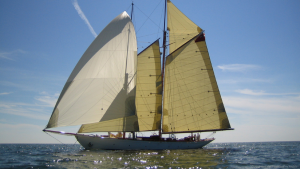 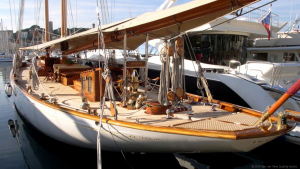 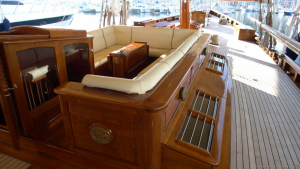 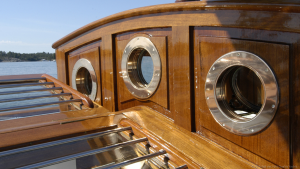 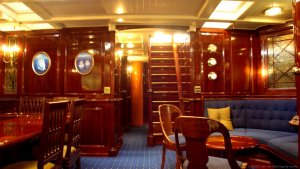 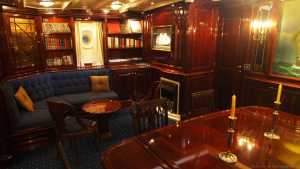 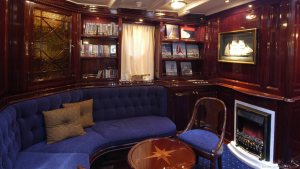 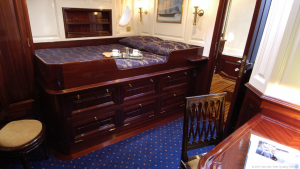 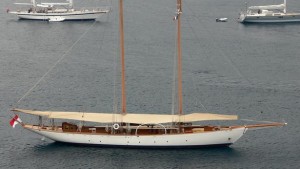 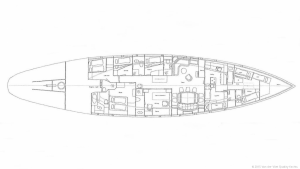 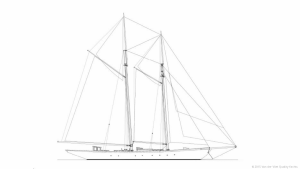 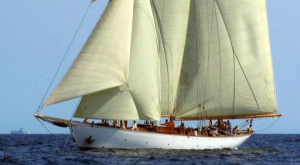 Her first owner was Ivar Lauritzen who enjoyed sailing her around the Swedish and Norwegian coasts and changed the yachts name to Jill.

Her name was changed again when an American, Louis Brettschneider, bought her in 1972 and called her Boheme. George Riffe was her Captain for many years until the year 2001. George and Lou were good friends, who shared the boat in that Lou had the financial responsibility and George was responsible for being the Captain for charters and lived on it in Cannes, France all year round and maintained the boat throughout.

“I sailed on Boheme under George Riffe in the late 70’s chartering out of Antigua. I learned a lot from handling the helm, sails and anchor under George. It was a rough and ready French crew on board, but I will never forget the sheer size and power under sail! Here are two (old) photos from 1976-8 thereabouts in Antigua.” 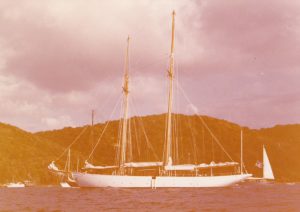 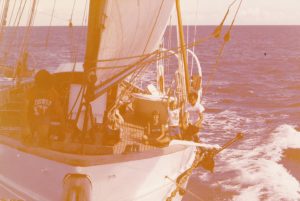 Having been used as a charter boat her deterioration was inevitable, and in 1999 her present owner, Mikael Krafft, bought her with the knowledge that she needed an enormous amount of restorative work.

Her subsequent restoration was completed in 2003 in Villefranche Shipyard when she dramatically caught on fire and burnt to the waterline.   The fire brigade confirmed that it was probably the zodiac outboard leaking fuel down into a compartment with flammable paints.   Nobody was aboard and it was a sad day for all involved, but the owner started on the restoration again in Villefranche.   Half way through the shipyard went bust and Doriana was completed in Sweden by 2005 where she attended the Royal Swedish Yacht Club’s event in Sandhamn before sailing down to the Cote d’Azur to once again grace the Mediterranean shores.

Under new ownership in late 2016 and available for charter. You can contact us here for further details and bookings.

Brest: the world’s largest maritime festival in photographs by Nigel Pert & Dan Houston with a … END_OF_DOCUMENT_TOKEN_TO_BE_REPLACED