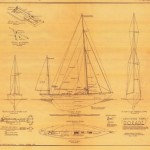 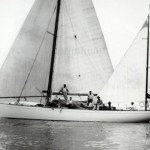 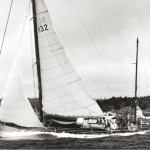 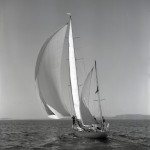 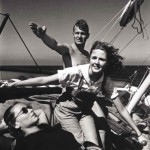 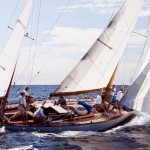 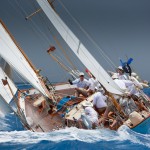 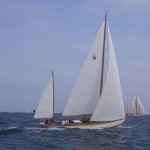 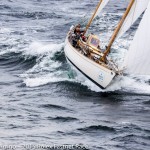 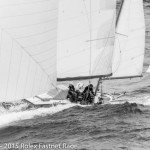 Designed in 1929, Dorade was one of Olin Stephens’ earlier designs at number 7. She was built for $28,000 and proved to be very successful.

“It was the 1931 Transatlantic Race, which, under Olin’s command, she won in sixteen days and an hour, beating the next (and much larger) boat by two days, a winner on corrected time by over four days, that set her name firmly in the annals of yachting history — and changed forever the face of ocean racing yacht design”.

She then went on to win the Fastnet later in the same year.   In 1932 she won the Newport-Bermuda Race and won the Fastnet again in 1933.

She was restored in 1996 at ‘Cantiere Navale dell’ Argentario’ in Italy, and since has become a regular on the Mediterranean classic regatta circuit enjoying races against her sister S&S yawls, Stormy Weather and Comet.

Dorade was extensively renovated in 2006/2007 at Buzzards Bay Yacht Services in Newport, RI.
Work included mizzen mast repair, removal of the interior, reframing (35 pairs of frames), new floor timbers, 10 new planks per side and many other details.
For a complete collection of photos for this project click here.

In 2013 she participated in the Transpac race against a fleet of modern racing yachts and won overall. A true testament to her incredible design. 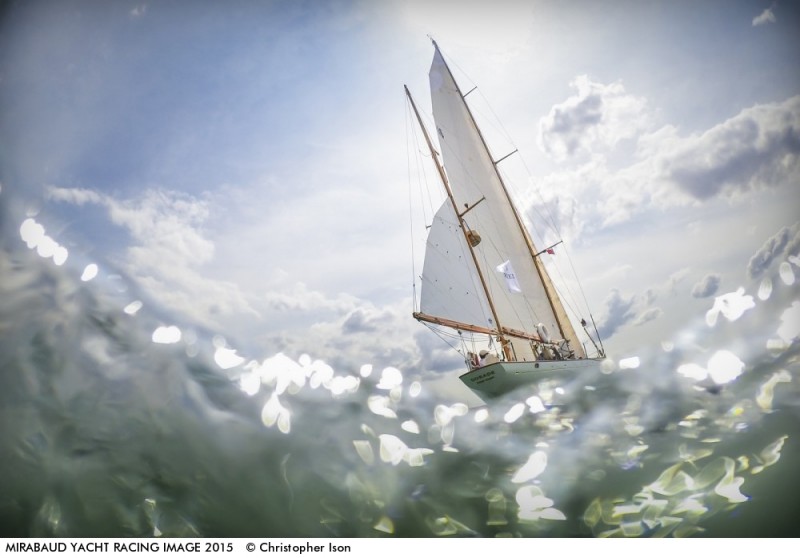 BOOKS – DORADE: THE HISTORY OF AN OCEAN RACING YACHT

Brest: the world’s largest maritime festival in photographs by Nigel Pert & Dan Houston with a … END_OF_DOCUMENT_TOKEN_TO_BE_REPLACED