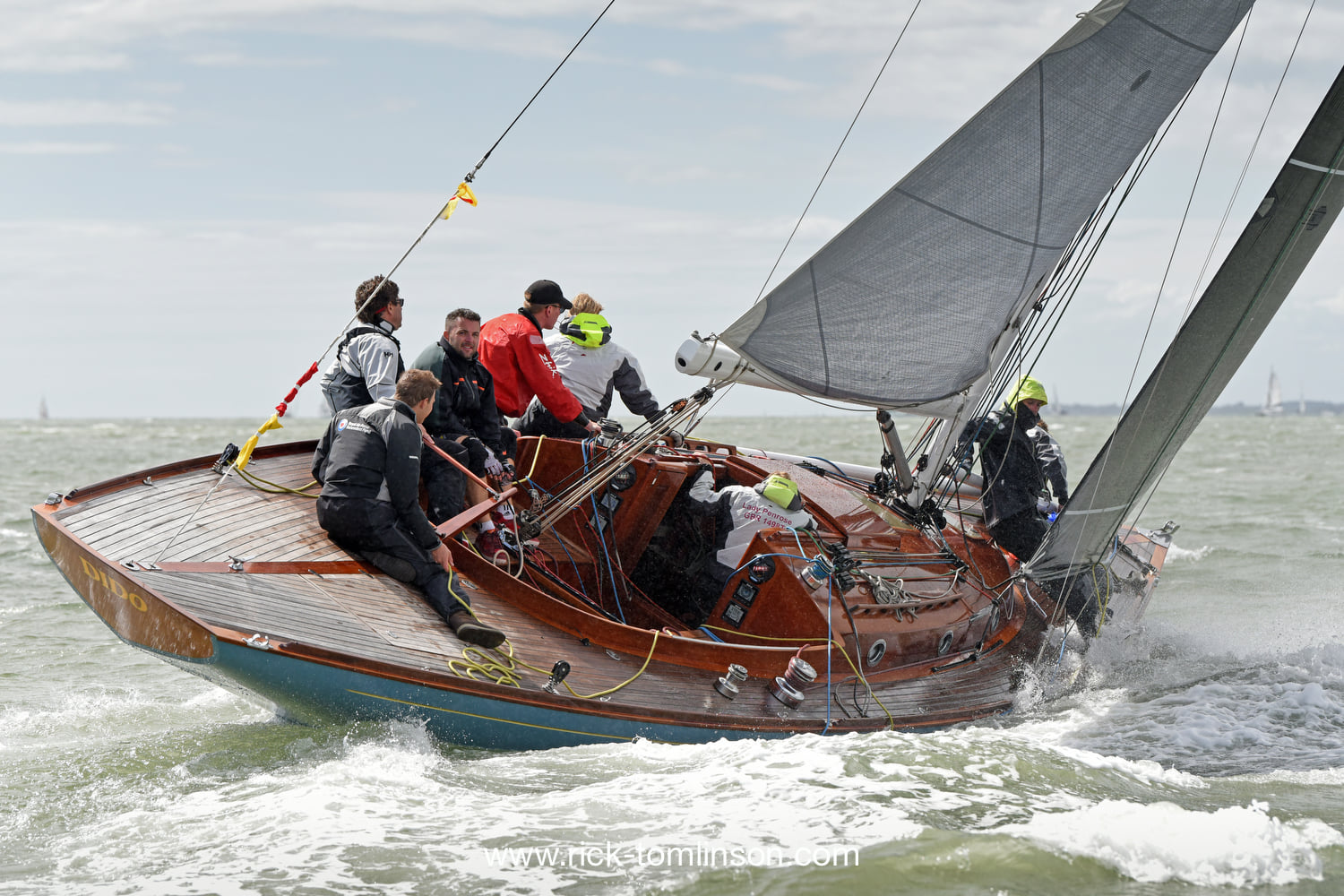 Following her launch, DIDO was kept in Suffolk before her owner took to her to Jersey for family cruising in the Channel Islands. While happy to enjoy a relaxing weekend sail, her owner has also always been keen on a challenge. In 2013 he entered DIDO in the high endurance Three Peaks Yacht Race from Barmouth, north Wales, to Fort William in Scotland. This epic adventure is not for the faint-hearted; each boat has three sailors and two runners, who between them sail up the west coast of Great Britain (nearly 400 nautical miles), stopping to summit the peaks of Snowdon, Scafell Pike and Ben Nevis en route. After fierce competition and intense phases of coastal racing, DIDO and her crew won the race, despite having to row the last leg through the narrow Corran crossing to Fort William.

In 2014, DIDO was shipped to warmer climates to take part in the Panerai Antigua Classic Regatta and the Caribbean 600, in which she raced with five people and a total of fourteen sails (which says a lot about her sail wardrobe!). Sandeman Yacht Company

Brest: the world’s largest maritime festival in photographs by Nigel Pert & Dan Houston with a … END_OF_DOCUMENT_TOKEN_TO_BE_REPLACED