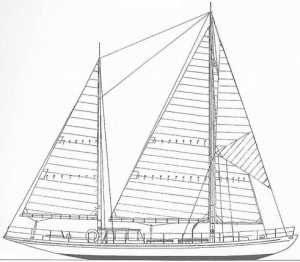 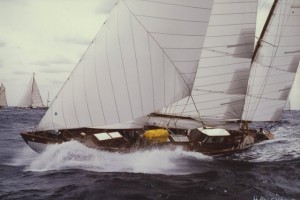 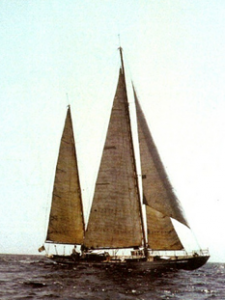 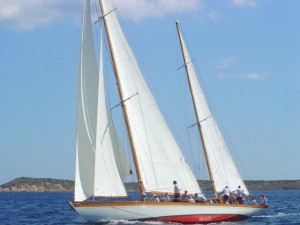 Launched as a 12-Metre called ‘Sybillan’ and based in Stockholm she was designed to the First International Rule for a Carl D Danielsson who owned her until 1915. She was engineless, gaff rigged and with a 36 metre mainmast.

In 1947 she was bought by Francesco Boratto who named her ‘Marisetta’ and changed her rig to a bermudan ketch in 1949, the rig she still has to this day.

In 1984, she was restored at the ‘Cantieri Carlini’ in Rimini, Italy and since 1998 she has been owned by Giuseppe Rinaldi who undertook a complete refit in the late 90’s though leaving the many alterations she has had over the years.

Brest: the world’s largest maritime festival in photographs by Nigel Pert & Dan Houston with a … END_OF_DOCUMENT_TOKEN_TO_BE_REPLACED