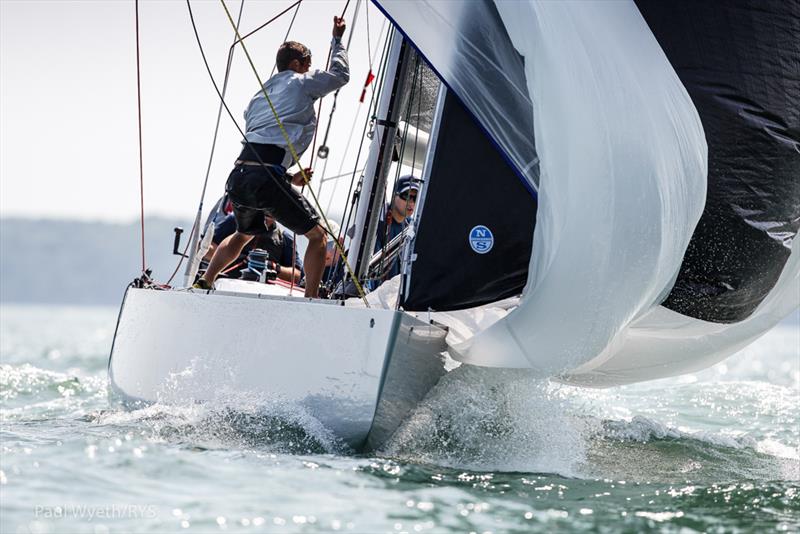 “Built in 2005 as Hollandia she was designed by Doug Peterson & Ian Howlett, well known for their America’s Cup yacht designs. Hollandia is a modern International 8-Metre. She was built in wood core by Johan Vels & Partners Advanced Composites in Medemblik. This yacht was built to win and no concessions were allowed. Her hull is built in a composite of Sitka Spruce and glass reinforced Epoxy. Her deck, shelf and stringers are also in Sitka Spruce. This method was selected by her design team for the maximum strength to weight ration within the strict Lloyd’s scantling rules. Hollandia did what she had to do and in her first season she won the Coppa d’Italia and the European Championships in Germany as well as the 8-Metre World Cup in Toronto, Canada.

In 2011 she won both the World Championships as well as the prestigious Coppa d’Italia.” Information courtesy of John Lammerts Van Bueren.

Changed name to Conquistador and won the World Championships again in 2018.

Brest: the world’s largest maritime festival in photographs by Nigel Pert & Dan Houston with a … END_OF_DOCUMENT_TOKEN_TO_BE_REPLACED