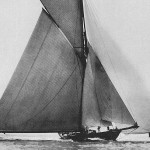 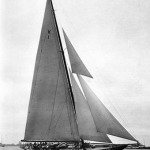 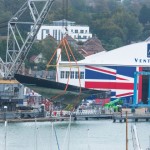 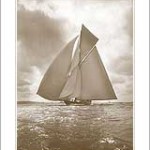 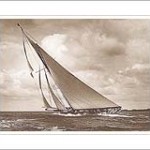 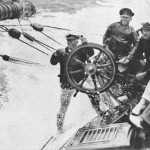 ‘Britannia’ is a replica of King George V’s yacht, the most successful racing yacht of all time, winning 231 races and 129 prizes from 634 starts.  Originally built for Edward VII in 1893 as a gaff cutter she was one of the ‘Big Five’ and was later raced in the J-Class by George V.

Recently launched (2010).    After a number of years ‘locked up’ in Russia involved in legal battles she was in Norway being given her final touches before heading south (2011).

Having arrived in the UK she was taken to Venture Quays in East Cowes to be made right once and for all.

Brest: the world’s largest maritime festival in photographs by Nigel Pert & Dan Houston with a … END_OF_DOCUMENT_TOKEN_TO_BE_REPLACED