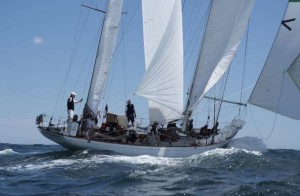 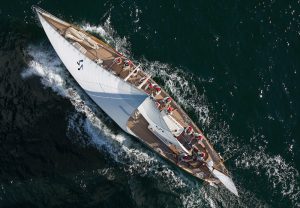 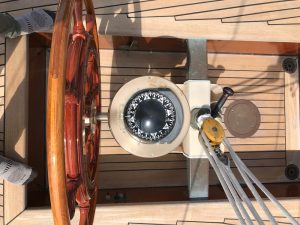 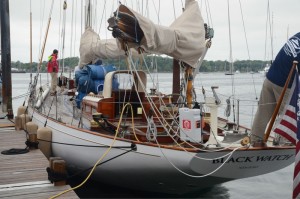 The design contract is dated 1938 for Rudy Schaefer of the Schaefer beer family and this was the first design that Sparkman and Stephens tank tested.

1941 – The Schaefer family loaned the boat to the US Navy as part of the civilian Corsair Fleet.  She earned a battle flag for scaring away German submarines.

1947 – The Schaefer family donated the boat to Tabor Academy and the boat was renamed Tabor Boy.

1954 – Sold to Dr. George Brooks who named her Black Watch.  Dr. Brooks owned her for 51 years and sailed her out of Larchmont Yacht Club.

She finished second in the Newport – Bermuda Race of 1938 to ‘Baruna‘. Since she has competed in a further 10 Bermuda races and won her class in 2012.

Brest: the world’s largest maritime festival in photographs by Nigel Pert & Dan Houston with a … END_OF_DOCUMENT_TOKEN_TO_BE_REPLACED