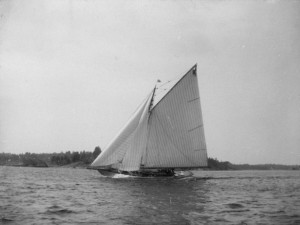 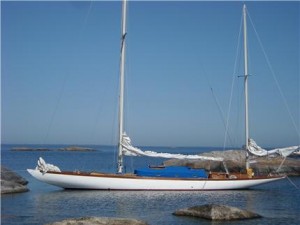 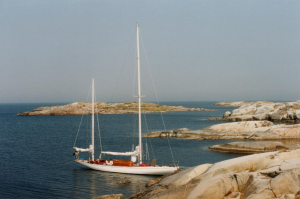 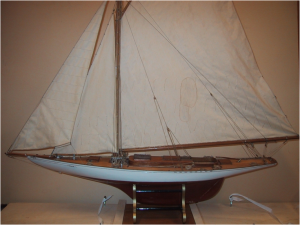 A model of Alca in the Swedish Maritime Museum 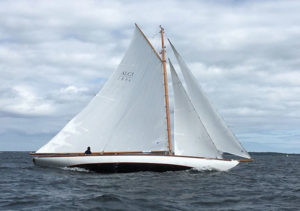 When she was launched in 1896 she stunned the Nordic yachting community. When the owner Martin Geber signed her up for the Tivoli cup the Finns filed a protest. Alca was five inches too long and she was refused to enter the race.

So, she was shortened but that didn’t stop her from winning almost every race she entered. The yacht is classified as a 95 sq.m, but was built according to the Cube rule. Unfortuntately, one of her former owners replaced the gaff rig with a mizzen mast and a masthead rig. In the 80’s and 90’s various owners tried to modernize her. Alca’s current owner is gradually restoring her back to the original.

Alca is one of Sweden’s oldest yachts. “When I was born she was 56, when she was designed my great great great grandfather could have had his own boat. There were no cars. It is mind-boggling,” says the current owner Gunnar Schrewelius, 58.

Alca was designed by Axel Nygren and built by August Plym. She very much resembles her younger but bigger sister M3 Galatea, who is a frequent participant in classic regattas in the Caribbean and along the North American East Coast.

Brest: the world’s largest maritime festival in photographs by Nigel Pert & Dan Houston with a … END_OF_DOCUMENT_TOKEN_TO_BE_REPLACED